There are ten state national parks in Nebraska, five that protect natural and geographical features and five that commemorate historic trails and events.

The trails are not trails in the traditional sense. They pass through a number of states and each segment of the trail has its own features and points of interest. Accommodation, food, entrance fees and working hours also depend on each particular segment and its owner. Before planning your trip, check the attached interactive maps for more details, or click on the official website link.

So, here are is the list with all the national parks in Nebraska:

One of the coolest parks in Nebraska, Agate Fossil Beds National Monument was established in 1997 near Harrison, Nebraska, to protect 20 million-year-old fossils of a number of mammals that lived in the area during the Miocene era.

The park covers 11,617 acres and includes the valley of the Niobrara River and the Carnegie Hill and University Hill, where most fossils were discovered.

While visiting the fossils, stop by Captain James Cook’s museum that exhibits more than 500 artifacts from his collection of Plains Indian.

No camping or overnight stays are allowed within the Park. There is also no food offered. For both lodging and food, visitors should visit surrounding communities.

The visitors’ center has restrooms and sells sodas and bottled water. There are also a few covered picnic pavilions if you brought your own food and want to have a picnic.

Two hiking trails will take you to see the fossils: the 2.8-mile Fossil Hills Trail and the 1-mile Daemonelix Trail.

The entrance to the park is free.

Scotts Bluff National Monument was established to protect 3,000 acres of rugged bluffs, historic remnants of the Mormon and Oregon Trails, mixed-grass prairie, the area around the North Platte River and rugged badlands.

The 800-foot tall Scotts bluff, the highest of the five rugged hills, played the role of a landmark for the immigrants traveling through the area in search of a better life.

Visitor Center and the Oregon Trail Museum are located at the base of the Scotts bluff.

There are about four miles of trails you can use to explore this fascinating area. You can bring your dog on the leash. Stay on the trail and watch for rattlesnakes. You also might spot mule deer, coyote and prairie dogs.

The grounds of the park, trails and picnic area are open every day from sunrise until sunset. Summit Road is open for traffic from 9 am until 4:00 pm.

The entrance to the park is free.

Homestead National Monument, located near Beatrice, Nebraska, was established to celebrate and commemorate the Homestead Act of 1862. This Act permitted qualified people to claim 160 acres of federally owned land. They had to live in that land for five years, to cultivate and improve it.

Thanks to this Act,  270 million acres of public land became owned by millions of immigrants, freed slaves, women and families. Most of the land was originally inhabited by Native Americans. The Act made ten percent of American land a homestead.

The Homestead National Monument in Nebraska

The main park building is the Homestead Heritage Center, which includes the National Homesteading Museum with more than 900,000 exhibits – textiles, farm tools, documents and more.

The entrance to the Heritage Center is free. During the main summer season, it is open from 8:30 am to 6 pm and on weekends from 9 am to 6 pm.

This park, shared by Nebraska and South Dakota, was established in 1978 to protect a 100-mile stretch of the Missouri River, North America’s longest waterway.

The park was expanded in 1991 to include a 39-mile long section of the Missouri River from Fort Randall Dam to Niobrara. These two sections are the only parts of the river that are not dammed or channelized.

The park covers 33,800 acres. The area has been settled by humans for the past 10,000 years. Archaeologists believe that the river and the area around it were a pathway for the American Indians, boat captains, Lewis and Clark expedition, and many other settlers.

The park is a fantastic destination for boating, hiking, bird-watching, fishing, camping and much more.

Missouri National Recreational River is open every day and the entrance is free. The Visitor Contact Station is located in Yankton, South Dakota.

There are many smaller parks within the National Recreational River and each has its own facilities, accommodations and opening hours. You can find more information about each at the park’s website.

Niobrara National Scenic River includes 76 miles of Niobrara River. It was established in 1991 to protect the outstanding values of the river and the area around it. This value includes the water resource, wildlife, fish, scenery, and fossils in and near the river.

Niobrara is the national park in Nebraska most popular for the summer fun paddling along its banks.

Canoeing and kayaking in Niobrara are the most popular activity, but it is a lot of fun to go tubing down the river.

Each system has a rich plant and animal population – keep your eye on the river banks while kayaking the river’s quiet waters.

There are also 230 waterfalls along the westernmost part of the Niobrara, including Smith Falls, the highest waterfall in the state.

There are several privately-owned campgrounds along the river.

Most of the river itself is open the whole day and every day, except the part that flows through Fort Niobrara National Wildlife Refuge. That part of this national parkin Nebraska is open from sunrise to sunset.

No entrance fee is required.

The 5,000-miles-long California National Historic Trail runs through 10 states. It includes over 1,000 miles of ruts and traces leftover from people and their wagons.

More than 250,000 emigrants traveled this route on the way to the California gold fields and fertile farmlands in the 1840s and 1850s during the largest American mass migration.

Along the trail, you can visit museums, churches, historic sites, and the parts of the original trail.

There is much to do. You can bike, hike, run, ride a horse, paddle a kayak or a canoe, watch birds, look for wildlife, climb, camp, take photos and more.

The California National Historic Trail is the national park in Nebraska that passes through different communities, cities, private and public lands and wild areas. Check each location for access and accessible hours.

Much of the trail can be explored by car.  To find out what you can see and visit during the trip through Nebraska, check the NPS Travel Guide.

The 4,900mile-long Lewis and Clark National Historic Trail runs through 16 states, from Pittsburgh, Pennsylvania, to the mouth of the Columbia River, close to the present-day Astoria, Oregon.

The trail follows and commemorates the historic routes, outbound and inbound, of the Lewis and Clark Expedition. It also includes the section from Pittsburgh, Pennsylvania to Wood River, Illinois, where they prepared for the expedition.

The purpose of the 1803 to 1806 Lewis and Clark Expedition was to explore and map the newly acquired American territory and establish an American presence there. Also, the expedition was supposed to find a useful route across the western part of the continent.

In addition, the expedition was to study plants, animal life, and geography of the area, and to establish relationships and trade with local tribes.

To find out what the expedition did during their trip through today’s Nebraska, visit the Lewis and Clark Headquarters-Omaha Visitor Center.

There is no fee to enter or travel the Lewis and Clark National Historic Trail. But, since the trail passes through parts privately owned or owned by various organizations, they might have an entrance fee. Check before planning any segment of your trip. The same goes for the operating hours.

Mormon Pioneer National Historic Trail follows and commemorates the 1,300mile-long route traveled by Mormons who ran away from Nauvoo, Illinois in 1846-1847 to the Great Salt Lake Valley. The trail goes through five states including Nebraska.

Most of the trail can be explored from your car but you can also bike, hike, camp, ride a horse or visit museums and interpretive sites along the way.

Some segments of the trail are in private hands and you need permission to pass through. Some have an entrance fee and specific working hours. Check before planning your trip.

To find out about the historic sites or interpretive facilities on the Mormon Pioneer National Historic Trail in Nebraska, check this interactive map. It will also show their working hours and fees.

Oregon National Historic Trail follows and commemorates the 2000-mile long route traveled by the early American settlers on the way to Oregon and the lush farmlands and better future.

The trail passes through six states and in each state there are remnants of the original route, commemorative sites, monuments and museums that tell the story of hope, dreams and hardships.

To find out about the places to visit along the trail while traveling through Nebraska, click a balloon on the trail interactive map. It will also tell you the working hours of each site and the fee if there is any.

Pony Express National Historic Trail follows the 1,800-mile trip of the young men on horseback who rode a relay to carry the mail from Missouri to California. They managed to do it in only ten days, which was unprecedented until the telegraph made them obsolete.

Pony Express operated for only 18 months, between April 1860 and October 1861, but it became the symbol of conquering the Old Wild West. It was the steady thread linking East and West.

The best and most fun way to explore the trail is by joining the annual Re-Ride and ride a horse along the original Pony Express trail. You can do it for real, by becoming a member of the trail association.

You can also do it from the comfort of your armchair, electronically, by marking each checkpoint as you pass it, as a sort of video game. Check all the details here.

While traveling through Nebraska, visit the Rock Creek Station, a former “Pony Express” station located about 3-4 miles from the village of Endicott. The station is now preserved as Rock Creek Station State Historical Park.

Which National Parks in Nebraska Will You Visit?

Hopefully, you are now sufficiently intrigued to embark on the real exploration of Nebraska’s history, parks and breathtaking natural features. Most parks in state Nebraska cover large territories and include many interpretative sites, museums, smaller parks and other interesting features.

The best way to enjoy them is to plan well and use the maps. When visiting the historic trails, try to put yourself in the shoes of the ancestors and give your thanks to their dreams and hardships.

Nearby Activities To Check Out:

Museums In Austin – Our Top 15

Are you looking for museums in Austin to visit on your holiday? If you are, I am pleased to inform you that there are plenty… Read More »Museums In Austin – Our Top 15 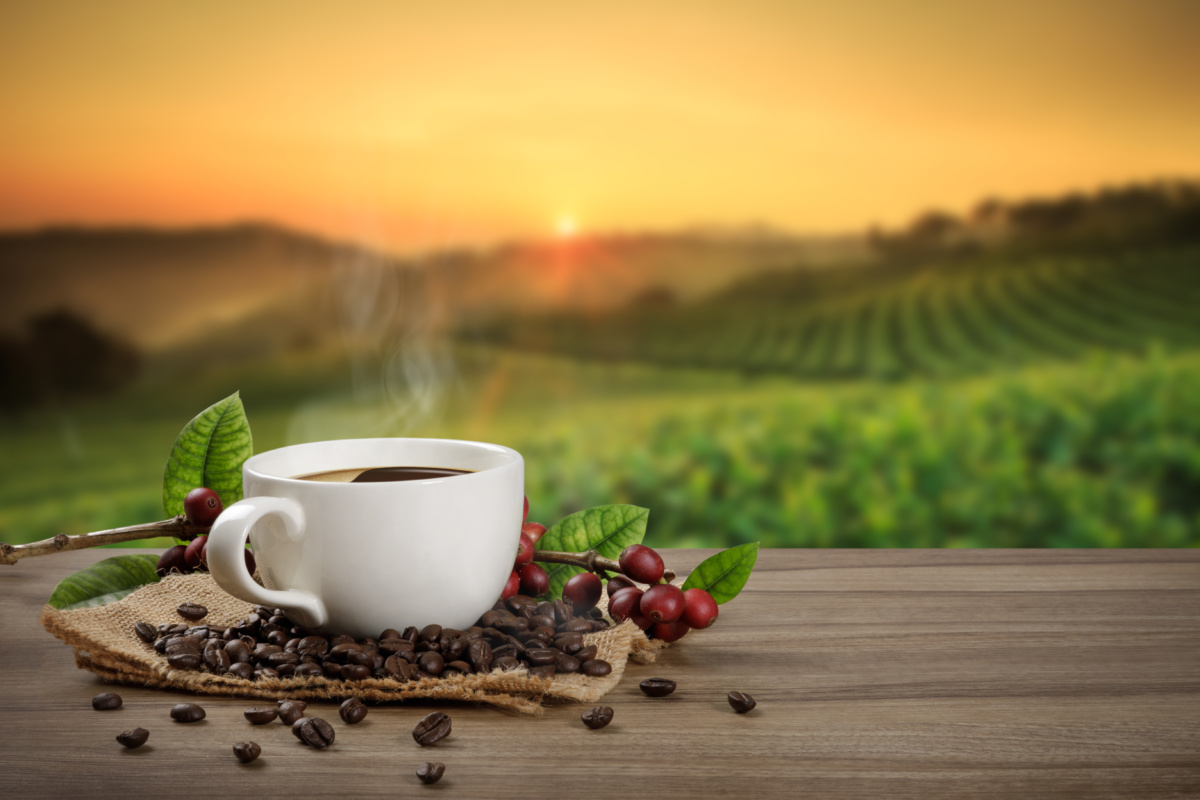 Are you a tourist who is looking for the best coffee shops in Austin? Or are you a local who wants to learn more about… Read More »Best Coffee Shops In Austin – 30 Best Cafes 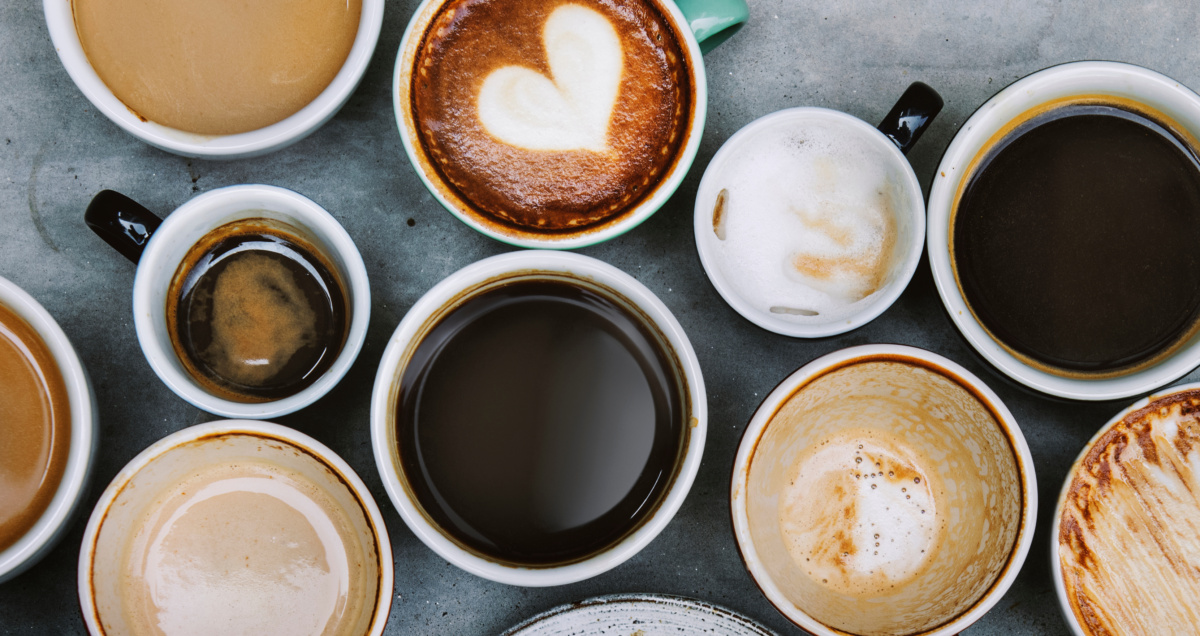 Are you looking for the best coffee shops in Chicago? If you are, you’ve come to the right place. I have done all of the… Read More »Best Coffee Shops In Chicago – Our Top 15