Japan is a popular tourist destination for travelers from all over the world. The country is known for its rich history, technology and numerous interesting things that may seem offbeat to the Westerners. 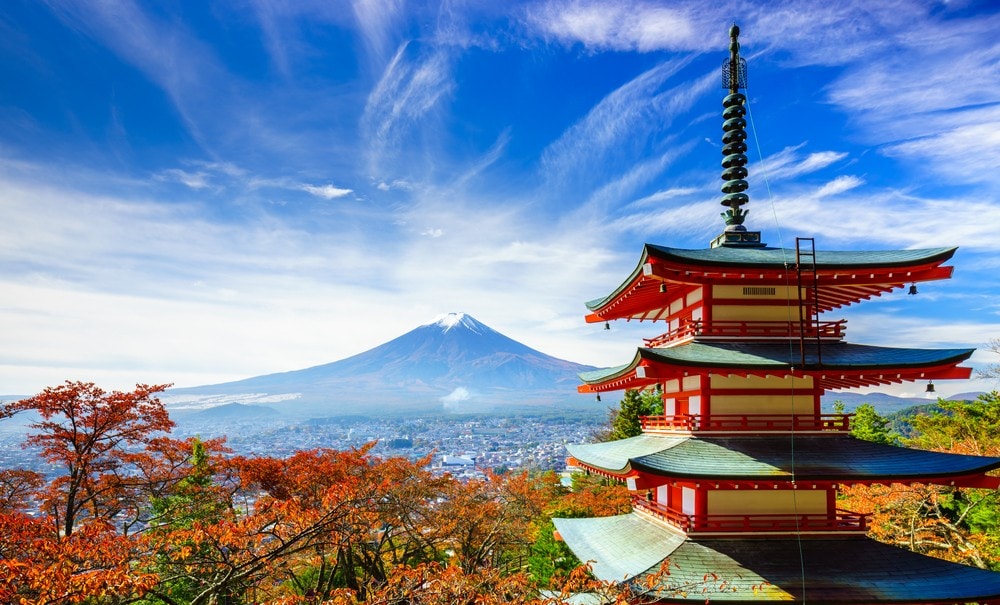 Japan is a modern country that attracts millions of visitors from all over the world. This nation is known to embrace new technologies without losing all of its traditional culture. It results in a specific blend that is fascinating for so many foreigners. Others go to Japan because of its stunning nature and remote areas, enjoying the time off away from large cities. Yet cities are places where so many things happen, often at the same time, so it is not surprising that cities are what attracts so many tourists every year.

One of the most fascinating things about Japan is that the introduction of new technologies and practices doesn’t necessarily mean the removal of the old ones. Old technology and practices tend to stay for a long time, which creates a specific blend that makes Japanese culture so striking. It also produces numerous offbeat things you can find all over Japan.

Japan is a beautiful country full of wonders. This is a modern nation, one of the world leaders in technology, and yet it still preserves a lot of its traditional spirit. Japan’s long history and rich culture are remarkable and often confusing to the foreigners. This leads to the assumption that Japan is a place full of contradictions and weird things.

In reality, all of the things that may seem confusing to the Westerners make a perfect sense when looked from the Japanese cultural context. That not to say that there are no offbeat things – Japan doesn’t shy away from those. In any case, Japan remains a fascinating place for many foreigners in part because of its culture and many things that seem weird from the Western perspective.

Here are the top 10 weirdest things in Japan: 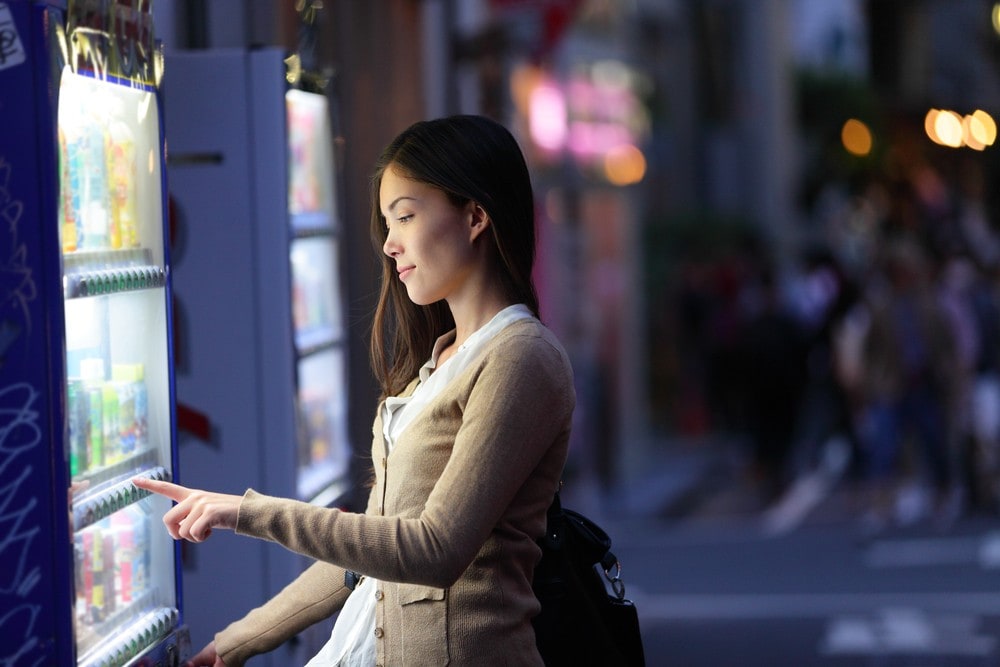 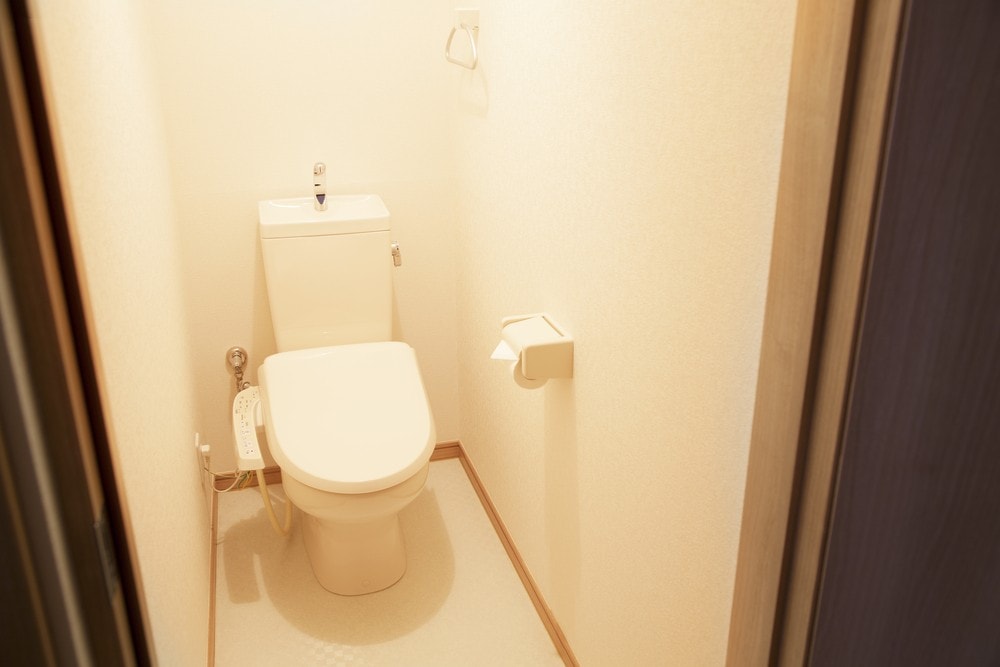 Japan is known for its Hi-Tech toilets. Unlike the ordinary toilet facilities found on the West, Japanese toilets are fully equipped to perform many different functions, such as spray washing and deodorizing. While these hi-tech toilets are located in people’s homes, you don’t really need to go that far to see one: most of the public toilets are also of the hi-tech variety, even the ones located in such areas as train stations. There, you can enjoy many varied functions a hi-tech toilet can offer. Typical options include adjusting the water pressure, using the bidet or applying deodorizer. Not to mention that you can usually adjust the heat of the water or pick a pulsating spray and other custom sprays. A hi-tech toilet can also feature a heated seat or some interesting functions such as the flushing sound. Many of the Japan’s hi-tech toilets have sensors so they “know” when they are occupied and will offer automatic lowering or raising of the toilet seat and lid. 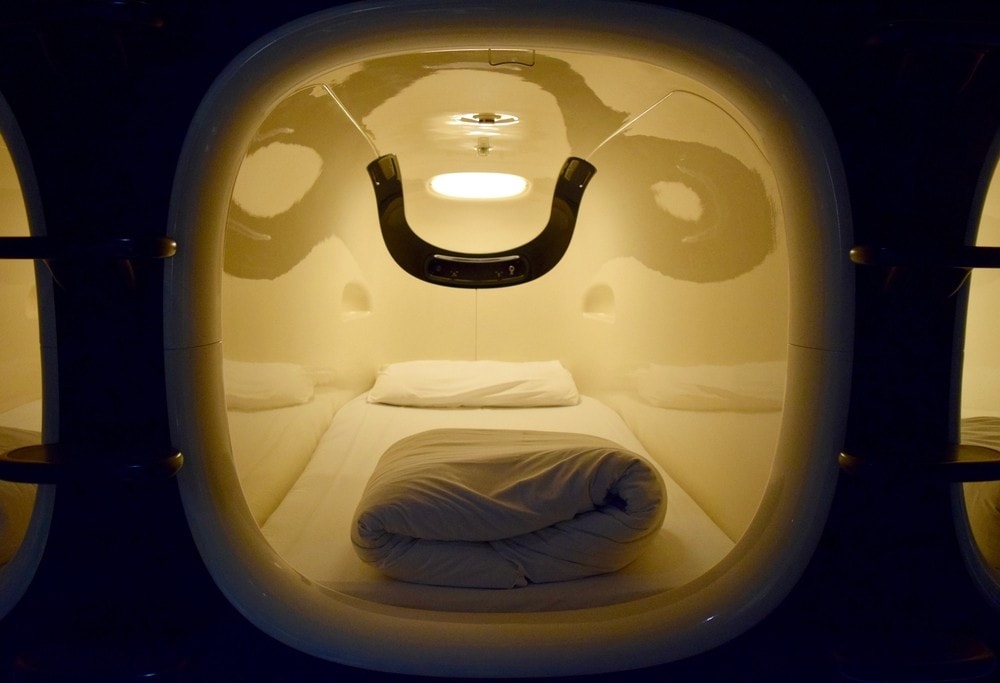 Capsule hotels are a great Japanese concept ideal for budget travelers. While they may seem weird at first, it is undeniable that they are practical and very useful. These small, compact hotels are exactly what you need for budget traveling. Ever wanted to see exciting cities but not having enough money for safe, decent accommodation? Japan’s answer to this problem are the incredibly practical capsule hotels. They are exactly what they sound like: instead of rooms, guests are accommodated in capsules. Capsules are small places that can only fit a mattress and, occasionally, a small TV. If this doesn’t sound too attractive, remember that the capsules are very clean and offer enough privacy. They also tend to include Wi-Fi and some other services. Guests in capsule hotels have access to shared bathroom facilities and vending machines. Capsules are stacked like lockers to save space: typically, you have a top and a bottom row of capsules. The concept originated in Osaka but is today popular all around Japan.

Japan is known for one of the weirdest restaurants in the world: Mr. Kanso restaurant in Osaka serves only canned food. While this may not be everyone’s idea of a delicious meal, the restaurant has a good offer of canned food from all over the world. In fact, this is one of the rare places where you can find so many different brands of canned food in one place. The variety is good so it is not surprising that the restaurant is very popular. Mr. Kanso doesn’t have a menu: guests can create their own meal by selecting cans from the shelves. All guests are supplied with plastic cutlery so all you need to do is to choose the cans you wish to try and sit down to eat. The restaurant has comfortable chairs and a very pleasant atmosphere so it is more enjoyable that it may sound at first.

Okunoshima, also known as “Rabbit Island” is a small island in Japan’s Inland Sea. Known for its large population of rabbits, the island attracts visitors from all over the world. The main novelty of the island are rabbits who are allowed to roam free all over the area. It is forbidden to harm or kill the rabbits, and it is even forbidden to bring cats and dogs to the island. This measure is in place to prevent them from harming the rabbits. Visitors are, however, allowed to feed the rabbits. While the island is considered a cute tourist attraction today because of the rabbits, it actually has a very dark history. During the World War II, the island was used to host a poison gas factory. After the war, the island was turned into a park and populated by rabbits. The feral rabbits that reside on the island are tame and typically not afraid of the humans, which is a great news for those who wish to feed the rabbits and interact with them. The island also has a hotel and a golf course and all visitors can take a swim in the waters surrounding the island. 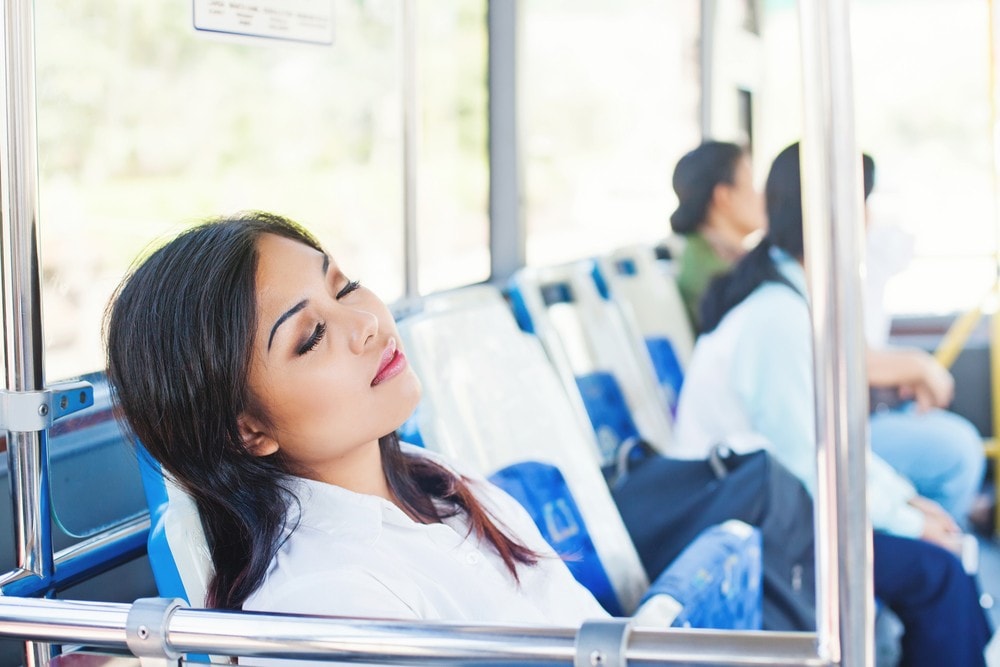 Public sleeping is one of the oddities in Japan that is often confusing to foreigners. Inemuri is a special thing in Japan and it holds deeper meanings than simply people falling asleep in public places. To the outsider, it may seem like this is exactly what is happening: you can see people all over Japan sleeping on the train, in parks, even the meetings. What may seem even more curious to Westerners is that these people are usually dressed professionally and nicely, just like they are on their way to work. In fact, this is exactly what is happening: most of the public sleepers are business people overwhelmed by work. Japan is known for its strict work ethic and many people strive to give their best at work, even if it means they will not get enough sleep at home. As a result, they are often tired and sleepy, which results in quick (or not so quick) naps at public places. Inemuri is not considered offensive: on the contrary, it is a sign that the person is so dedicated to their work that they don’t get to sleep much during the night. Inemuri is tolerated and even considered a positive thing, though some rules have to be met. The important thing to remember is that public sleeping is generally more tolerated in the case of older people at high positions and not the young workers still eager to prove themselves. Another thing to keep in mind is that etiquette of public sleeping says that the person must look as if they simply fell asleep without meaning to: in the chair, during work, etc. It is not polite to make yourself comfortable or to seem like you are enjoying a good rest. 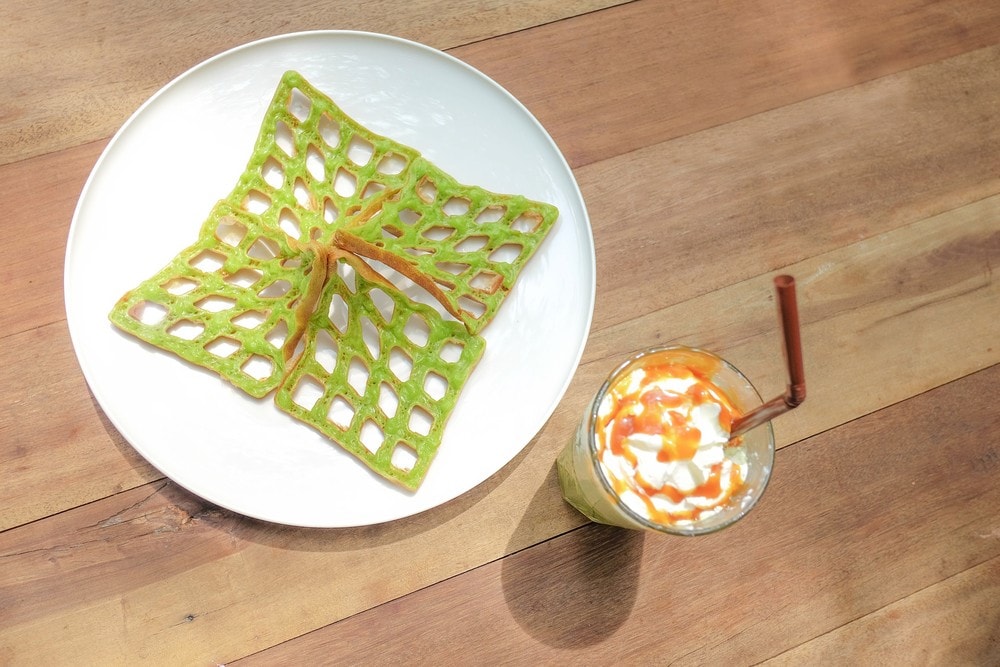 Japan is famous for its offbeat, novelty food. While “regular” food is delicious, particularly the national cuisine, novelty food is something Japan likes a lot. There are many different kinds of novelty food items you can try and most of them taste surprisingly good. Perhaps the most popular item is Kit Kat or, more precisely, offbeat Kit Kat varieties. Out of all, green Kit Kat flavors seem to attract the most attention from foreigners, but there are actually many different flavors to choose from. In addition to the “regular” ones found on the West, you can also taste Kit Kat with green tea, soybean, grilled potato and wasabi. One of the main reasons for such a popularity comes from the name itself: “Kit Kat” sounds very similar to “kitto katsu”, which means “surely win”. It is therefore seen as a good present to give to someone and it is particularly popular among students. Many Japanese students receive Kit Kat candy before college entrance exams. 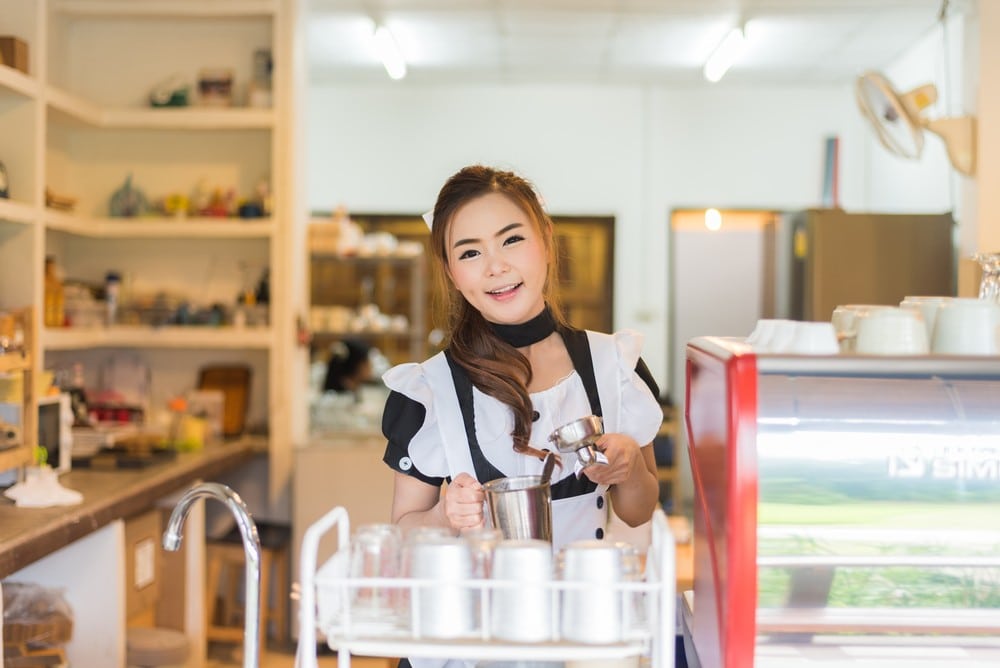 Maid cafés are among the many roleplaying cafes popular in Japan, but they take the experience to a completely new level. They are most popular in Tokyo but can be found in other cities in Japan. The most striking feature of these cafés are the waitresses and promoters. These girls are dressed in cute outfits. Most girls wear French maid style outfits but there are other outfit options some cafés use. The girls wait outside of the café and invite customers to come in. The girls are typically young and very attractive, which helps brining more customers. Maid cafés offer similar things as regular cafés, only cuter. Try colourful sundaes and cute cupcakes shapes as animals. Most places also offer other types of desserts, all arranged in a cute fashion or shape, such as teddy shaped ice-creams and decorated pancakes. 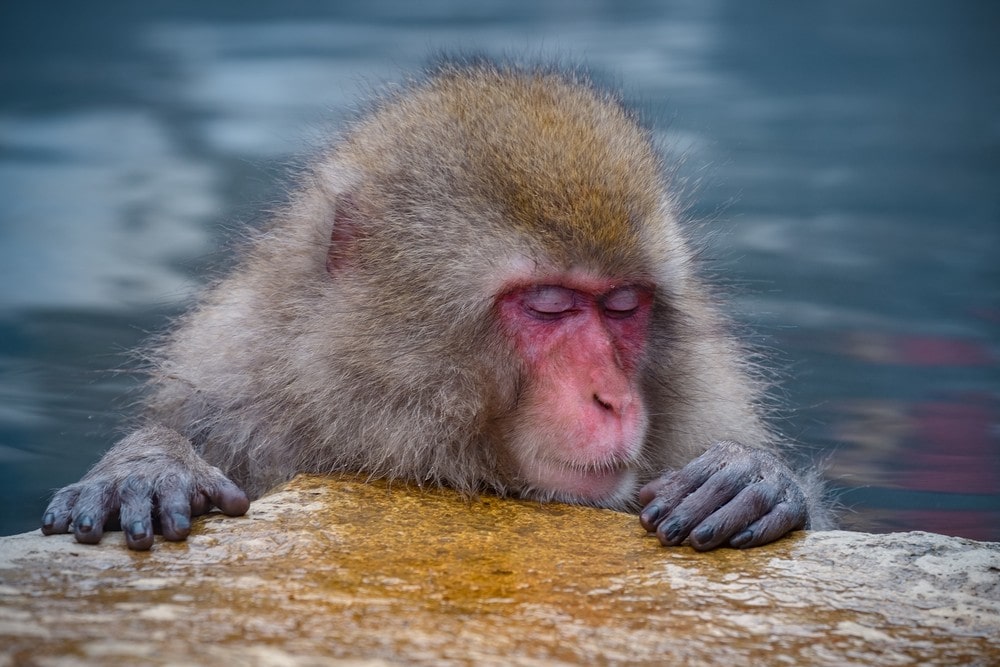 9. Monkeys in a Hot Bath

Monkeys enjoying hot baths is a sight you can enjoy in Japan. This is a phenomenon mostly associated with the Jigokudani Monkey Park located in the Nagano Prefecture. The park is part of the larger Joshinetsu Kogen National Park that occupies the Yokoyu-River valley. The name Jigokudani means “Hell’s Valley” and it is named due to numerous hot streams and places where boiling water comes out of the crevices in the frozen ground. The area is known for heavy snows and low temperatures, so these waters are the warmest places in the area throughout the year. One of the most fascinating thing about the park are the monkeys who use the hot water to stay warm. During the cold days, they are seen sitting and playing in the water. The sight of a group of monkeys enjoying a hot bath in the middle of wilderness is sure something you should experience during your stay in Japan. 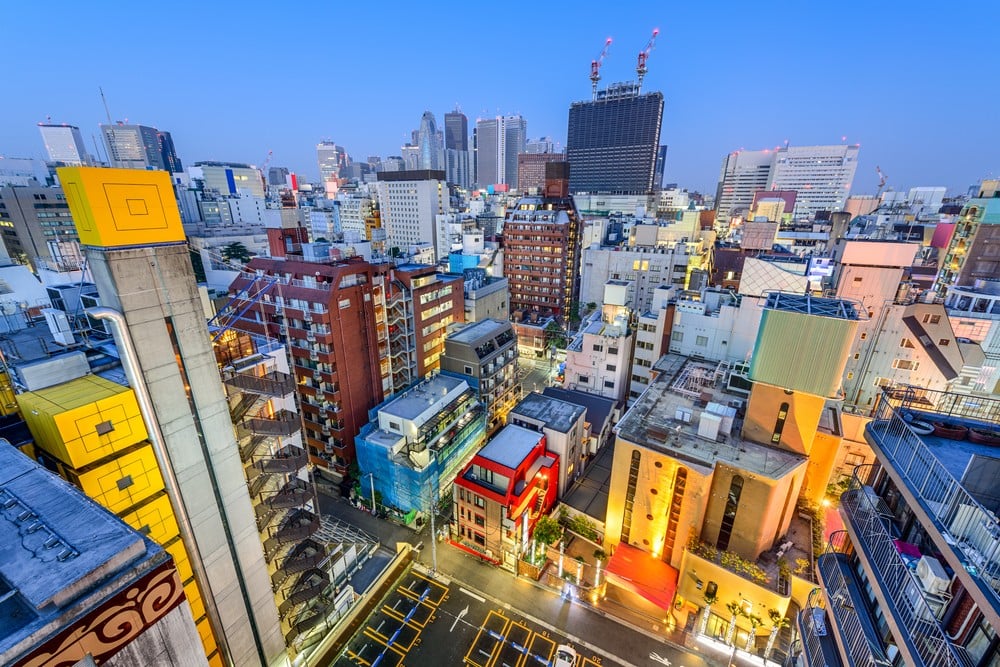 Love Hotels are located throughout the Japan and offer quick accommodation for those seeking privacy. The concept is simple: these hotels offer accommodation for 1 to 3 hours. The name of this type of accommodation comes from the first establishment of this type, “Hotel Love”, which was opened in Osaka in 1968. Love hotels are popular in Japan because they offer exactly what lovers in a rush might need: a room, comfortable bed, and privacy. Many of the love hotels don’t have windows, to protect the lovers from being seen by anyone, and many also include numerous exits so lovers don’t have to appear together in public. Most rooms are sold in an hour or 2-3 hour slots, though it is possible to also rent a room overnight. The best of all, love hotels don’t force you to interact with the staff: payment and room choices are done through the machine.

link to Things to do in Rishikesh

If you're looking for an adventurous escape, then Rishikesh is the place to go! Many things can be done in this Rishikesh like camping with your friends, fly on a flying fox over the trees and...

Fall Activities In MN (Minnesota), a place full of the picturesque, vast wilderness that begs to be discovered. If you aren’t a resident but feel the call of the wild, it’s an amazing opportunity...