Are There Sharks in Puerto Rico? Where They Live & Species

So, the big question is – are there sharks in Puerto Rico?

In today’s post, I want to share the details of the recent shark attacks in Puerto Rico, and what types of sharks you may encounter while swimming, snorkelling or diving in Puerto Rico.

Puerto Rico is located between the Caribbean Sea and the Atlantic Ocean. It has some of the most pristine beaches in the world. With over 300 miles of coastline, there are, of course, many sharks that live in the waters off the coast of Puerto Rico.

Even though I know sharks are not the mindless killers the media has made them out to be, it is always good to know where they live and what kind of species are in the area.

Let’s dive in and learn all the facts about sharks in Puerto Rico.

First things first, let me get this off the table. Sharks do not eat humans.

They eat fish, crustaceans, mollusks, plankton, krill, marine mammals, and other sharks – but not humans.

The very few attacks that happen are mostly accidental. Sometimes, sharks attack surfers as they mistake the boards for seals. Other times, they attack spearfisherman, because the bleeding from the fish they catch attract the sharks’ attention.

Let me put this in perspective: there is a one in 3,748,067 chance a shark will attack and kill you.

In fact, according to the Guardian, a person is more likely to die drowning in a bath or being crushed under a vending machine. Cancer and heart disease are also much more likely to kill a person than sharks.

To put your mind at ease, shark attacks are rare in Puerto Rico, the last one registered was back in 2011.

What Kind of Sharks Are in Puerto Rico?

There are over 465 known shark species in the world. Only about 40 of these sharks were found in Puerto Rico.

They come from different habitats: shallow-water, coastal, and deep-water habitats.

Here is a list of the 10 most common sharks in Puerto Rico:

Nurse sharks are usually swimming in warm, shallow water near the sea floor. They have round heads and are brownish in color. Baby nurse sharks have dotted discoloration which fades with age.

Nurse sharks are very important to researchers because they can handle capture and tagging very well.

Caribbean reef sharks inhabit the waters of the caribbean. They are also found in coral reefs off the coast of South America.

Caribbean reef sharks grow up to 3 meters (9.8 ft) long. They feed on fish, octopus, and squids.

Due to the abundance of habitats in the Caribbean, many tour operators are commercializing this. Dive-boat operations are now adding a ‘shark feeding’ activity as part of their itineraries, which is causing great controversy.

Caribbean reef sharks sometimes sleep in caves or on the ocean floor.

Sixgill sharks are large sharks found in tropical and temperate waters. They have a length of 6.1m (20 ft).

Sixgill sharks are unique for their six gills in comparison to most other species of sharks, which have five. They have beautiful big green eyes and a single fin far along their backs.

They usually roam in deep-water, about 1,370 meters (4,500 ft) below the surface. This makes them extremely hard to study, also they are almost a threatened specie.

Tiger sharks are commonly found in tropical waters like the Caribbean. They are called tiger sharks due to their dark vertical stripes that resemble those of tigers. These stripes however fade as they get older.

They are known for being solitary hunters, and they are characterized as the shark species with the widest food variety. They feed on crabs, lobsters, prawns, fish, seals, birds, squid, turtles, sea snakes, dolphins, and other sharks. Sadly, they also eat garbage like license plates and old tires.

Tiger sharks are second only to great whites in attacking humans.

Scalloped hammerhead sharks are the most common of all hammerheads. They use their hammered heads to pin sting rays to the bottom. They are also known for having superb sensory abilities and can detect prey near or buried under the sand.

Since they sometimes aggregate in groups (or schools), they are prone to overfishing as large groups make them easy to capture.

They belong to the same hammerhead family, so they look somewhat similar with their characteristic head.

They are dark olive green to brownish grey on the top and white below. Although they are potentially dangerous, they rarely attack humans. If you encounter one of them while you are diving, treat them with respect.

This shark is heavily fished. There is strong demand for its fins in the Asian markets, selling them as the main ingredient in the popular shark fin soup.

Bull sharks are aggressive and unpredictable species, existing in both salt and freshwater. So, they can be found in both oceans and rivers.

Bull sharks normally roam warm, shallow waters. So, they are often along tropical shorelines where people swim. This is why they are responsible for most near-shore shark attacks.

They are very fast, and are known to eat anything in sight including fish, dolphins, and other sharks. They can also attack humans accidentally or sometimes out of curiousity.

Many experts consider bull sharks the most dangerous sharks in the world.

Oceanic whitetip sharks inhabit warm and tropical seas. They are named whitetip due to the white spots on their chest, back, and tail fins.

Ocean whitetip sharks are predators on top of the food chain. They feed on squid, tuna, sea birds, other sharks and rays, marine mammals, and sadly, garbage.

Females are typically larger than males, averaging 1.8 – 2 meters in length and 1.7 – 1.9 meters respectively.

This species is actually considered endangered due to overfishing. Their fins are significantly larger than other sharks. This, sadly, makes them very desirable and valuable as the main ingredient in shark fin soup.

Silky sharks are found in tropical and subtropical waters like that of Puerto Rico. They are named after their soft, smooth, and silky skin.

Silky sharks are large, slender sharks growing up to 2 – 3 meters (6.5 – 10 feet). However, fear not! They are not a threat to humans as they are normally found in open water( away from the shore and deep under the surface).

They are gray or blue/grey at the top and white at the bottom. Silky sharks are extremely sensitive to sounds. They feed on tuna fish mostly.

They live to about 23 years.

Catsharks are found in warmer regions like the Caribbean. They are the most common kind of shark in warm and tropical climates.

Catsharks are generally small, measuring between 1 – 5 feet long, but most are around 3 feet long. They feed on invertebrates like octopus and squid and other small fish.

As you can see, they are not dangerous or harmful to humans, in fact, they are quite cute!

Distinguished by their long, cat-like eyes that sit high on their heads and two small dorsal fins towards the back of their bodies. Most catsharks are patterned with stripes, spots, or patches.

While I cannot go over all of them in detail, here is a list other sharks around Puerto Rico from Conservacion ConCiencia (the Puerto Rico shark research and conservation program):

Are There Sharks in the Bioluminescent Bay?

Yes, there are sharks in Bioluminescent Bay. Small blacktiped and lemon sharks are known to be roaming around the area.

However, due to the warm, shallow waters and protection provided by mangroves, the area is more of a nursery than a feeding ground.

Sharks lay their eggs there and leave. So, if you do encounter sharks, they will more often than not be baby sharks.

I must emphasize that swimming is not permitted in Bioluminscent Bay. In fact, there is a $10,000 fine for anyone caught swimming in the bay. Some tours do operate crystal kayaking activities but without swimming.

The reason the bay is one of the best in the world is due to conservation efforts and the ban on swimming.

If you really want to swim in glowing water, you can ask tour operators about other spots with bioluminesence. They will not glow as intensely as the bay, but they are a good next best alternative.

Are There Sharks in San Juan Puerto Rico?

No, there are no sharks around the San Juan area.

There is the lovely Escambron Beach (Playa El Escambrón), a popular spot for diving and snorkeling. The beach is surrounded by coral reefs. Locals and turists go there to swim and the fish are friendly and well-accustomed to people.

Are There Great White Sharks in Puerto Rico?

Yes, the almighty feared monster from ‘Jaws’ can be found in Puerto Rico. However, they are increasingly rare and not common as in other places like Australia.

There was a circling story about a great white shark roaming the streets of Ponce in Puerto Rico after hurricane Irene. However, the credibility of the story is controversial, debunked by many.

Why We Should Care About Sharks

I couldn’t find an accurate and reliable source for the exact number of sharks, let alone a benchmark to compare to.

However, what scientists do know is that their numbers are rapidly decreasing.

The two main causes are overfishing and habitat destruction. In Asia, many sharks are captured, most notably for their fins.

Why should we care about this?

Also, many different species of sharks are threatened – on the verge extinction.

Are there sharks in Puerto Rico? Yes there are plenty! If you do encounter a shark while snorkelling or scuba diving in Puerto Rico, it will be a beautiful sighting that you will likely never forget.

You will be living the dream of many divers and marine biologists around the world! 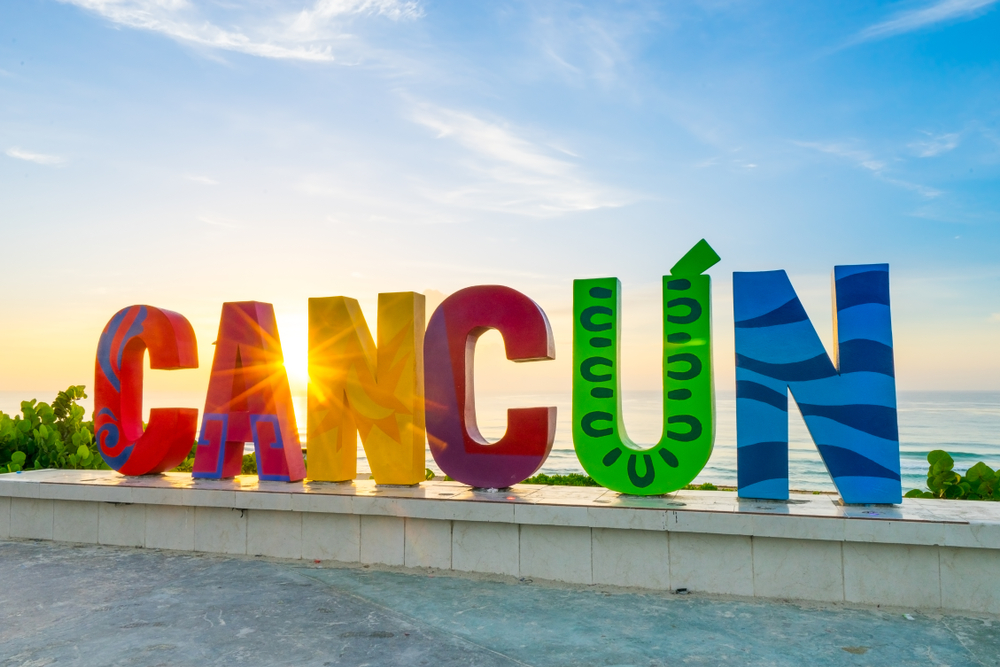 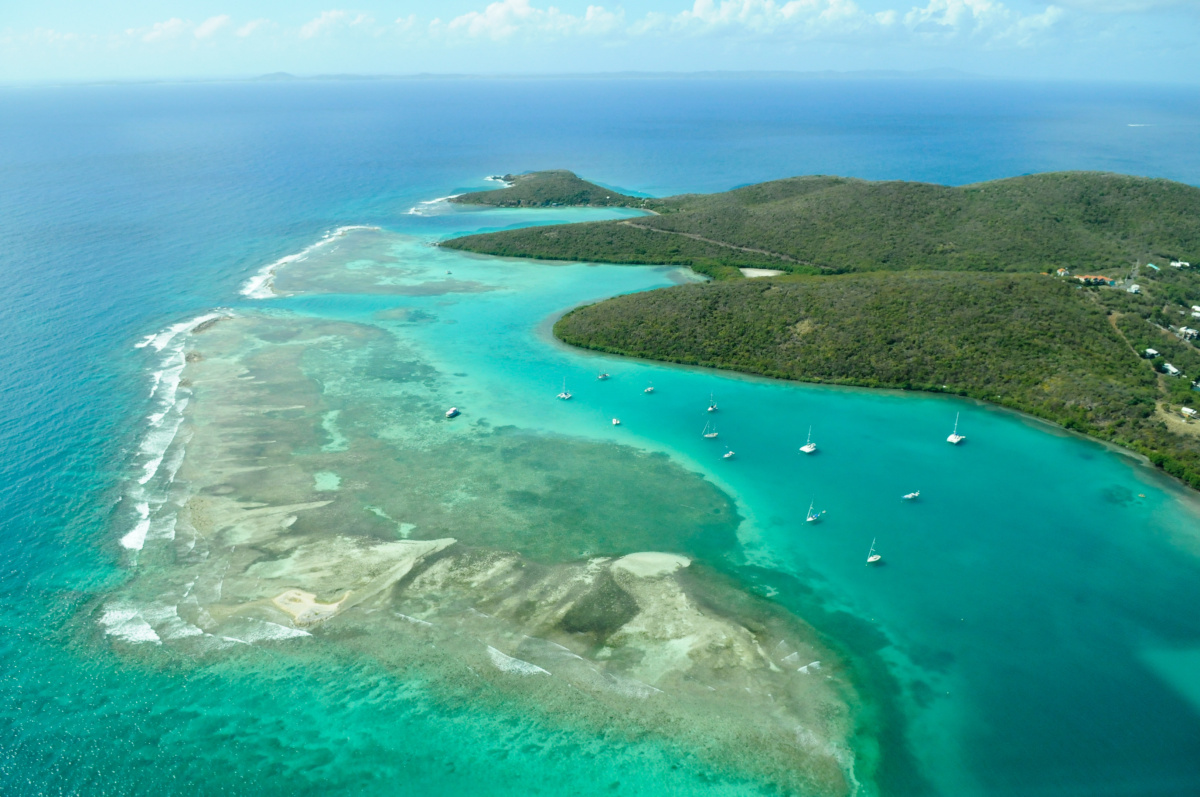