New Zealand is an exciting country in the South Pacific. It offers beautiful beaches, high mountains, amazing scenery and unique animal life. There are many exciting facts about this country that will make you eager to visit New Zealand at the first opportunity. 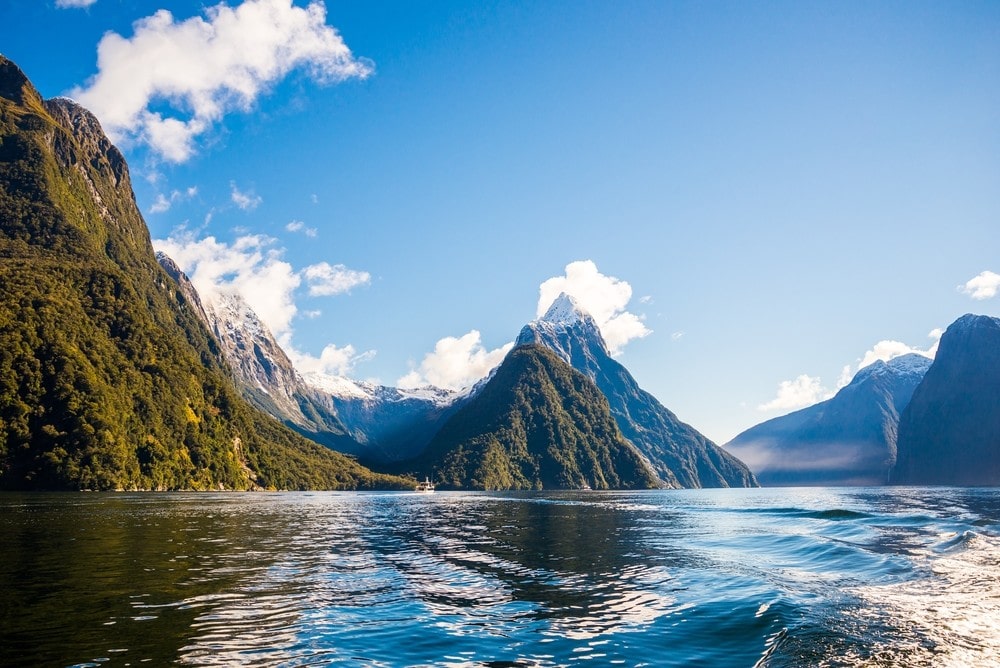 New Zealand is an island nation in the South Pacific Ocean. Its closest neighbour is Australia, which is a separate country – one of the first things to learn is that New Zealand is its own autonomous country and does not belong to Australia in any way.

Another important thing to know about New Zealand is that its culture is a unique mix of its main cultural influences: European, Māori, Pacific Island and some Asian cultures. In a way, it is its own melting pot, but a melting pot consisting of very specific cultures and very distinct histories. While the country is heavily influenced by Britain it is important to note that New Zealand’s unique cultural mix makes it stand out from all the other cultures in the world, including its closest neighbour, Australia.

Most of the New Zealand’s population lives on the North Island and about one third of the population lives in Auckland alone. Auckland is by far the biggest and most populous of all New Zealand cities but it is not the only place worth mentioning. Other beautiful cities in New Zealand include Wellington, Dunedin, Christchurch and Hamilton.

New Zealand has beautiful landscapes consisting of high mountain ranges, lower regions and beaches. The majority of the country is located close to the coast, which brings mild climate. On the other hand, the mountainous region can have very unpredictable climate and low temperatures. Also, keep in mind that there are many active volcanoes and frequent earthquakes in New Zealand.

New Zealand is also famous for its evergreen forests and unique animal species, such as kiwi, weta and kakapo parrot. Sadly, many of the New Zealand’s native species of animals are today extinct.

Here are the 101 Crazy Fun Facts to know about New Zealand. Some are fun, some are surprising and some are hard to believe! 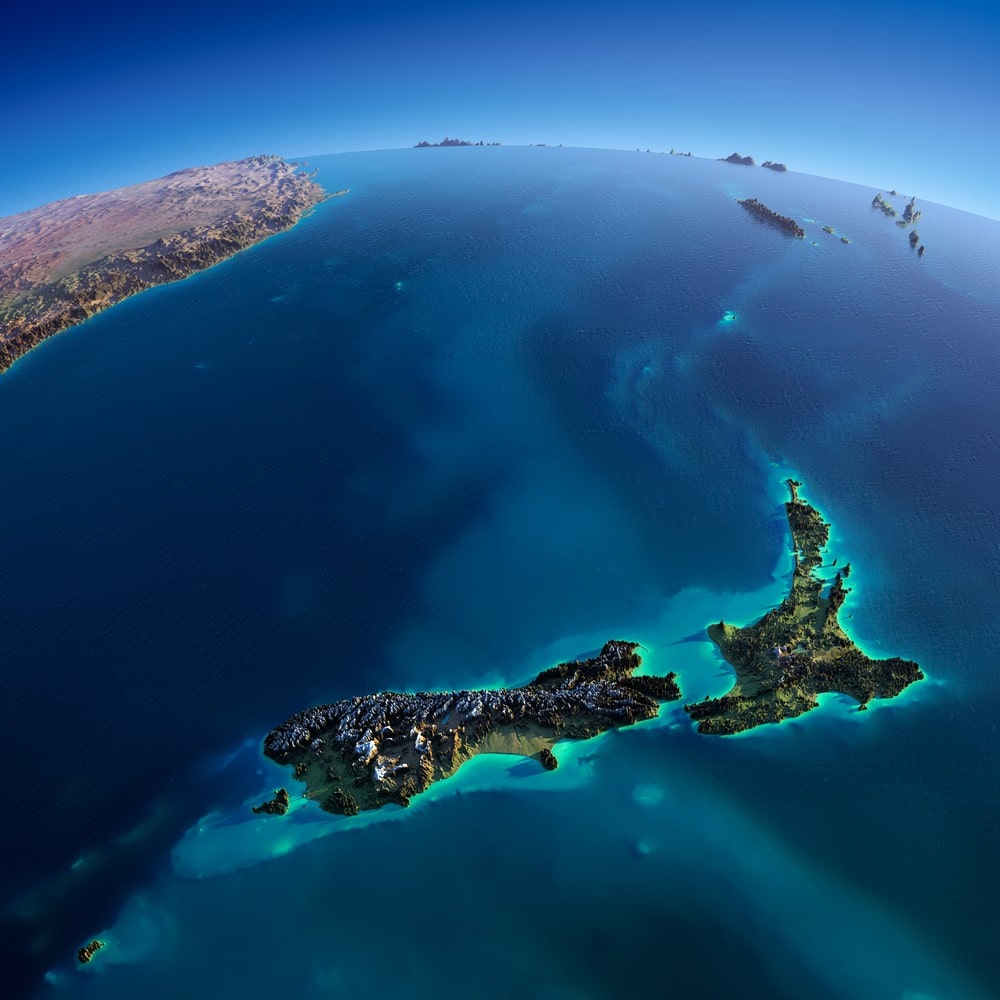 1. New Zealand is a country consisting of islands in the south-western Pacific.

3. New Zealand is one of the countries where the largest and most populous city is not the capital. The biggest city in New Zealand is Auckland while the capital is Wellington. They are both located on the North Island.

4. People first inhabited New Zealand sometime between the years 800 and 1300. These were the Māori people. The first European to “discover” New Zealand was the Dutch sailor Abel Tasman, in 1642.

5. New Zealand’s islands are elongated and not very wide. As a result, there is no place on New Zealand that is more than 128 kilometers (79 miles) away from the sea. 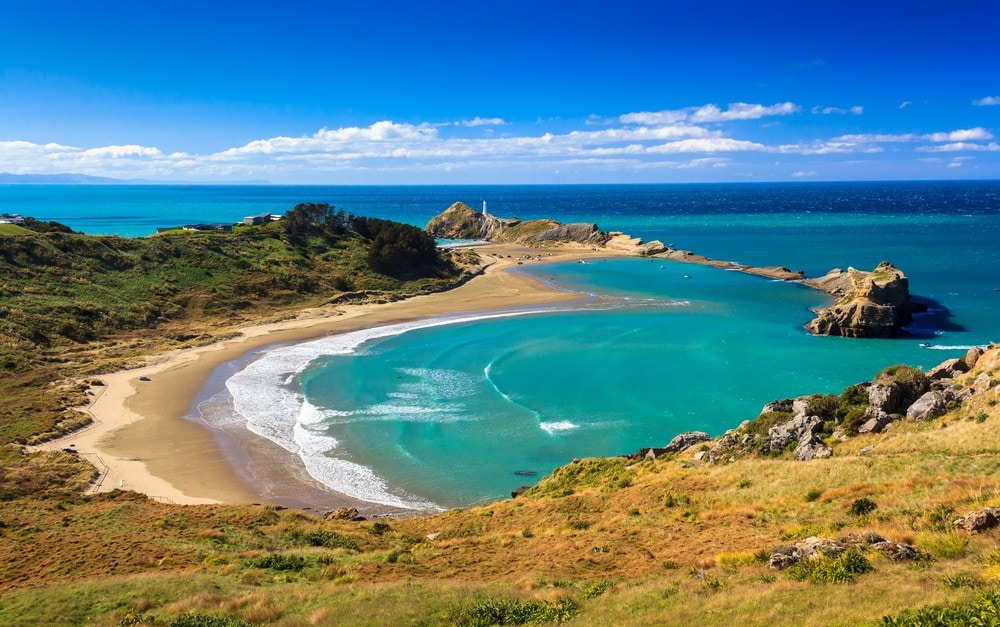 6. The population of New Zealand is only around 4 million while the country’s size is roughly that of the UK. As a comparison, the UK has a population of more than 60 million.

8. In the past, New Zealand was administratively part of the New South Wales. Australia formed its federation in 1901 and New Zealand was offered to become one of its states but refused and became an independent country.

9. In New Zealand, National parks and other protected territories make about one third of the country. 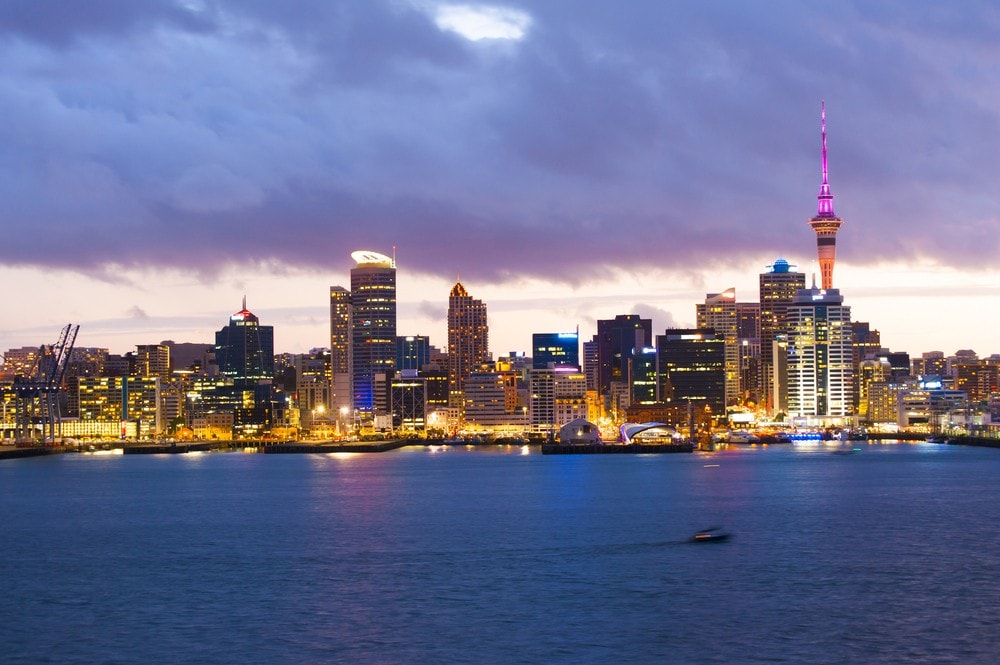 12. When it comes to New Zealand’s prisoner population, 94% of them are male.

13. The 10 cent piece is the lowest denomination in NZ currency.

14. Kiwi is not a name for fruit in New Zealand – it is a name for a bird and a slang for a New Zealander. The people of New Zealand call the fruit “kiwifruit”; it is never “kiwi”.

16. New Zealand prides itself as having a very liberal media arena. In fact, it is often considered among the most liberal in the whole world. 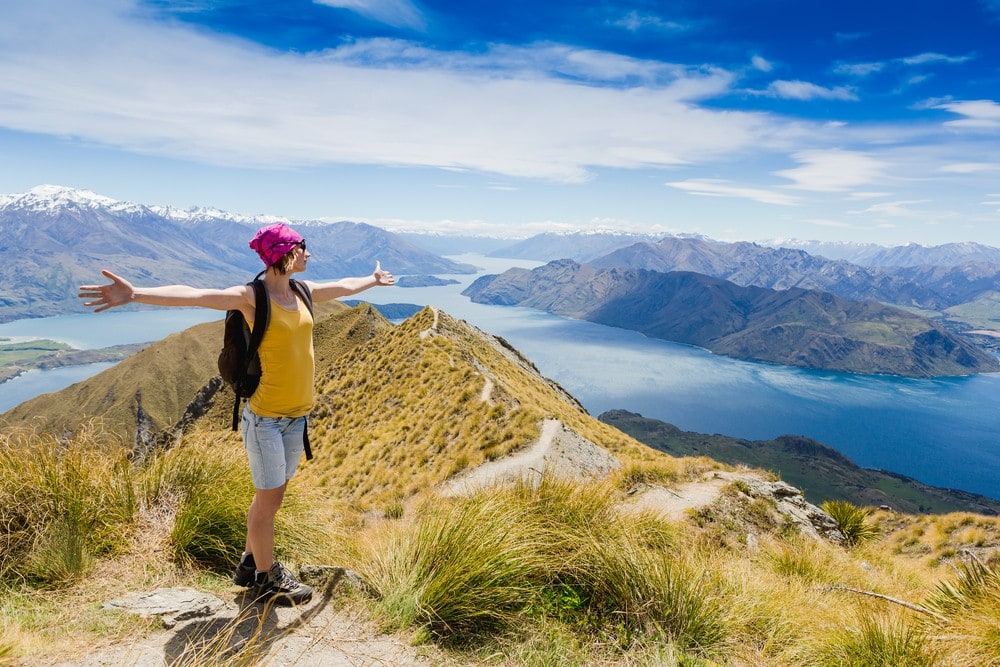 17. The most important celebrations and festivals in New Zealand include Waitangi Day (6th February), Hokitika Wildfoods Festival (held in March) and Lakes Festival of Colour (held in April).

18. New Zealand was formed about 23 million years ago as a result of the volcanic activity. 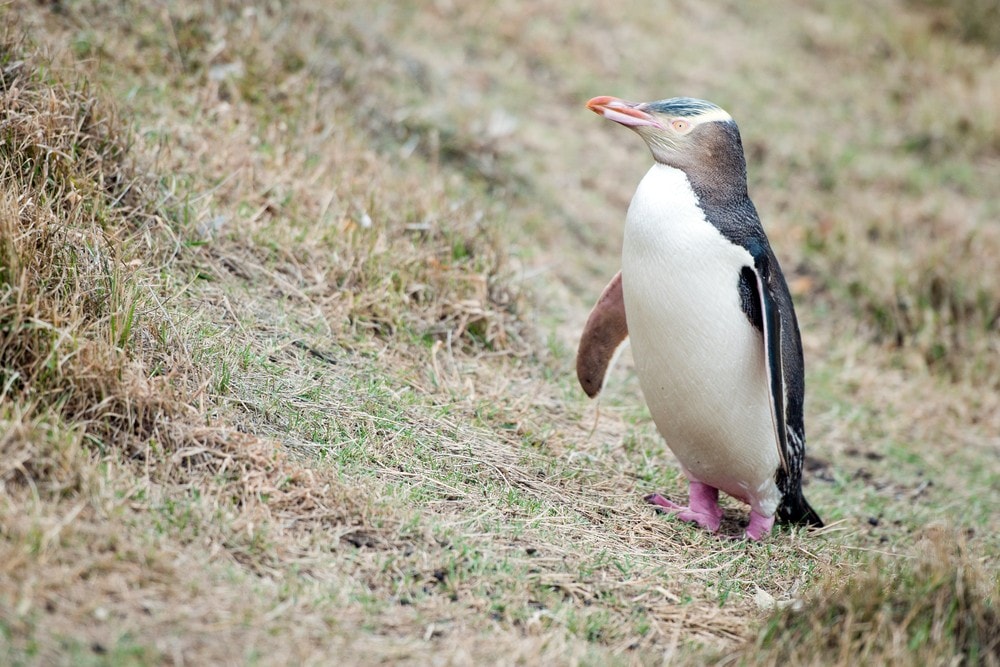 21. New Zealand has developed unique plant and animal life due to its isolation from other land masses.

22. In the past, New Zealand had a dolphin Pelorus Jack who guided ships through dangerous waters.

23. There are more species of penguins native to New Zealand than to any other country.

24. Kiwi and Moa are the most famous birds indigenous to New Zealand. Unfortunately, Moa was hunted to extinction in late 16th century.

25. The now-extinct Moa birds were around 3 m tall when standing and weighting over 200 kg. 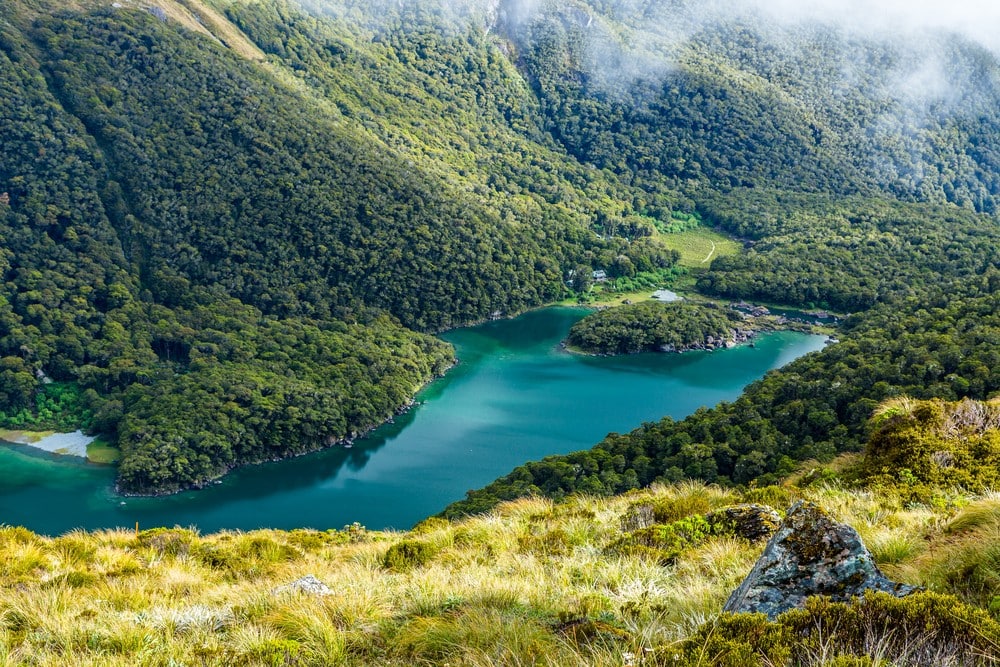 28. The world’s smallest dolphin species is indigenous to the New Zealand region.

29. New Zealand’s Lake Taupo is about as big as Singapore.

30. Lake Taupo was a location of one of the largest eruptions in the world, which occurred about 26,000 years ago. 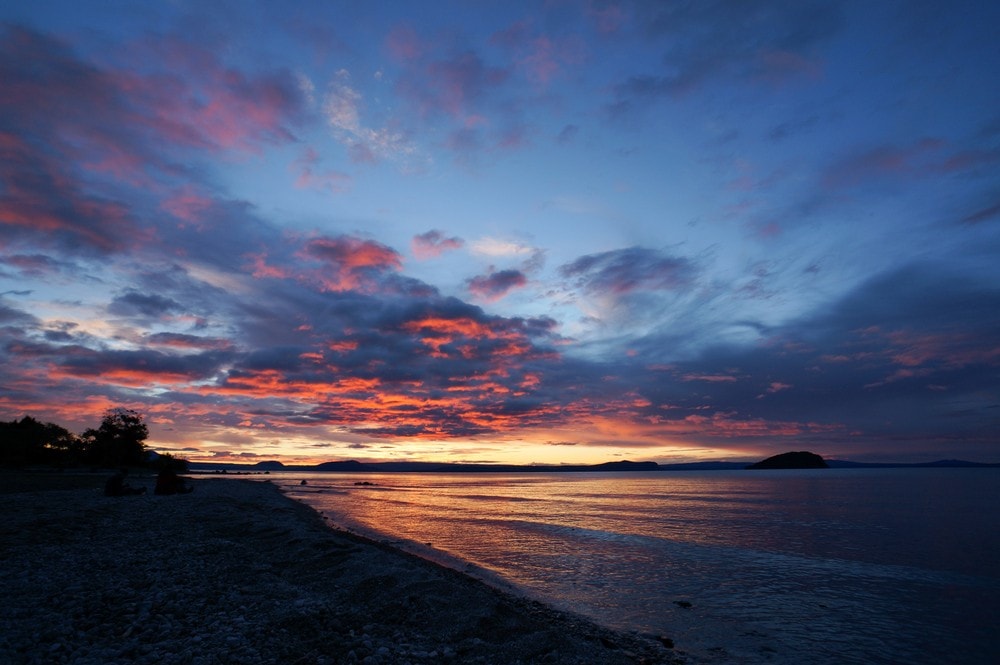 31. New Zealand has a very diverse bird population. There are many bird species to find in the country, particularly different species of parrots.

32. If you wish to use basic Māori phrases, the most popular are: Kia ora (Hello), Tēnā koa (Please), Kia ora (with rising intonation) (Thank You) and Hei kona rā (Goodbye).

34. New Zealand has more than 50 volcanoes, and many of them are still active.

35. Half of the New Zealand’s animals became extinct in the last 1000 years. 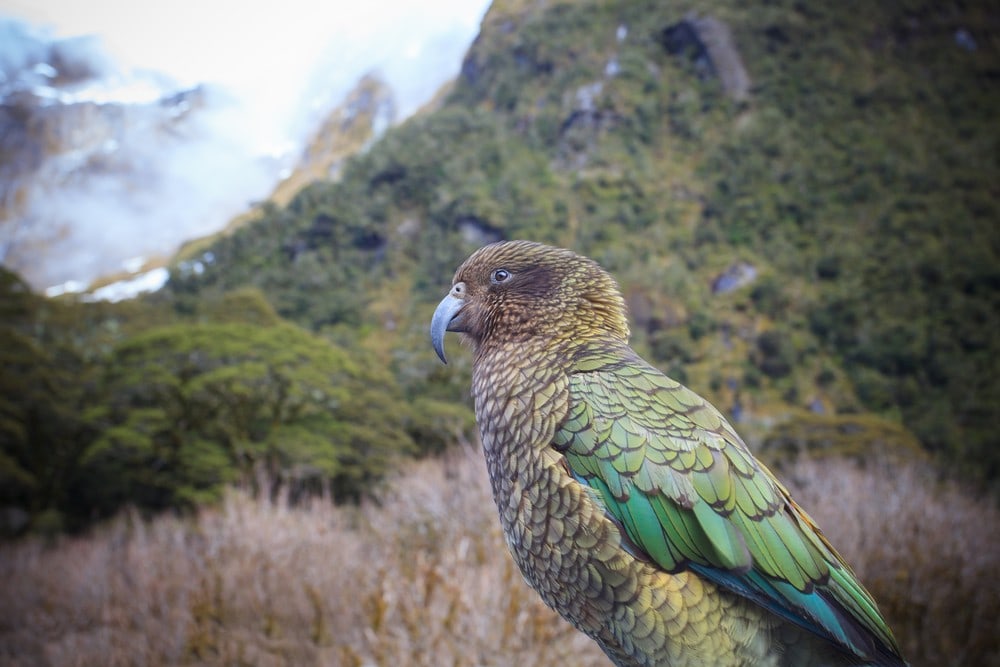 36. New Zealand’s bird kea is known for eating strips of rubber from windows and pulling windscreen wipers off cars.

38. There are more Scottish pipe bands per capita in New Zealand than anywhere else in the world.

39. “Star Trek: First Contact” has a scene of Earth from space where Australia and Papua New Guinea are clearly visible but New Zealand is nowhere to be found.

40. New Zealand has the longest place name in the world. A hill in Hawkes Bay is called Taumatawhakatangihangakoauauotamateapokaiwhenuakitanatahu. 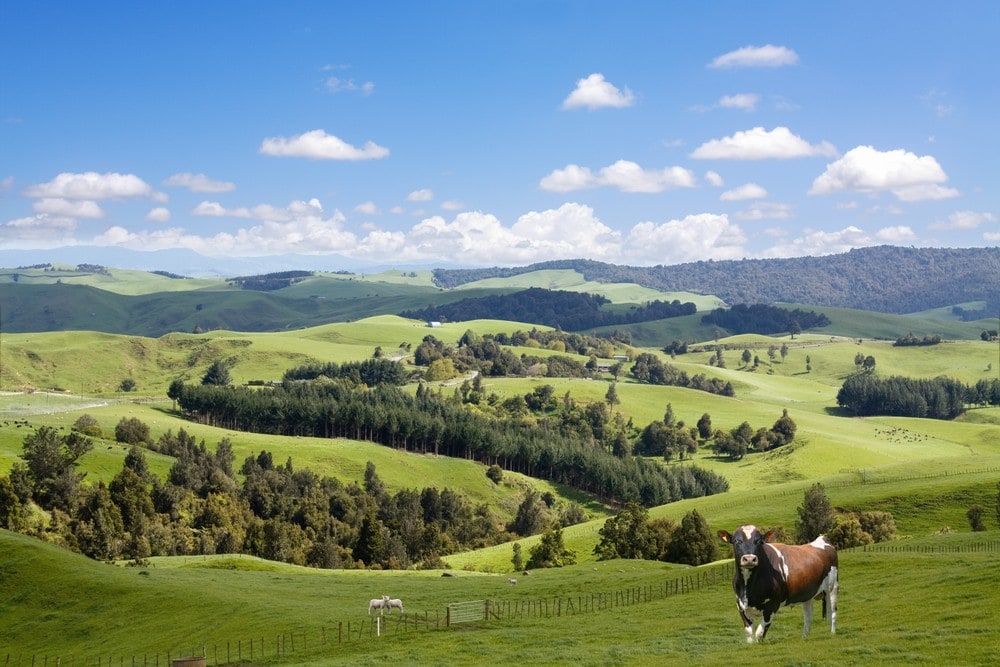 42. A man broke into a radio station in Wanganui and took the manager hostage in 1996. His demand was for the station to play the Muppet song “Rainbow Connection”.

43. New Zealand’s badminton team was named “The Black Cocks”. The name was changed after a year due to complaints.

44. Niue, a self-governed island of New Zealand, has Pokemon images on its legal tender coins.

45. The New Zealand prime minister appointed a National Wizard in 1990.

46. The Royal New Zealand Air Force has a kiwi as its logo. The problem? Kiwi is a flightless bird. 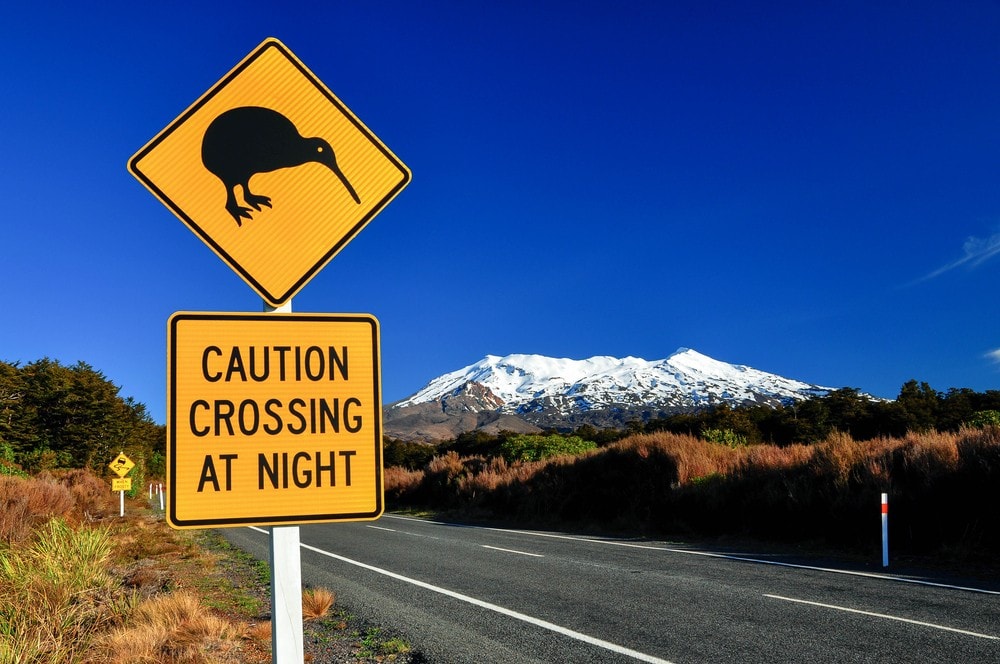 49. The oldest father in New Zealand was probably Henry the tuatara, who had his offspring for the first time at the age of 111. This happened in 2008. A tuatara is a reptile indigenous to New Zealand.

50. In order to demonstrate the intelligence of shelter animals, two rescue dogs in New Zealand were taught to drive a car around a track. 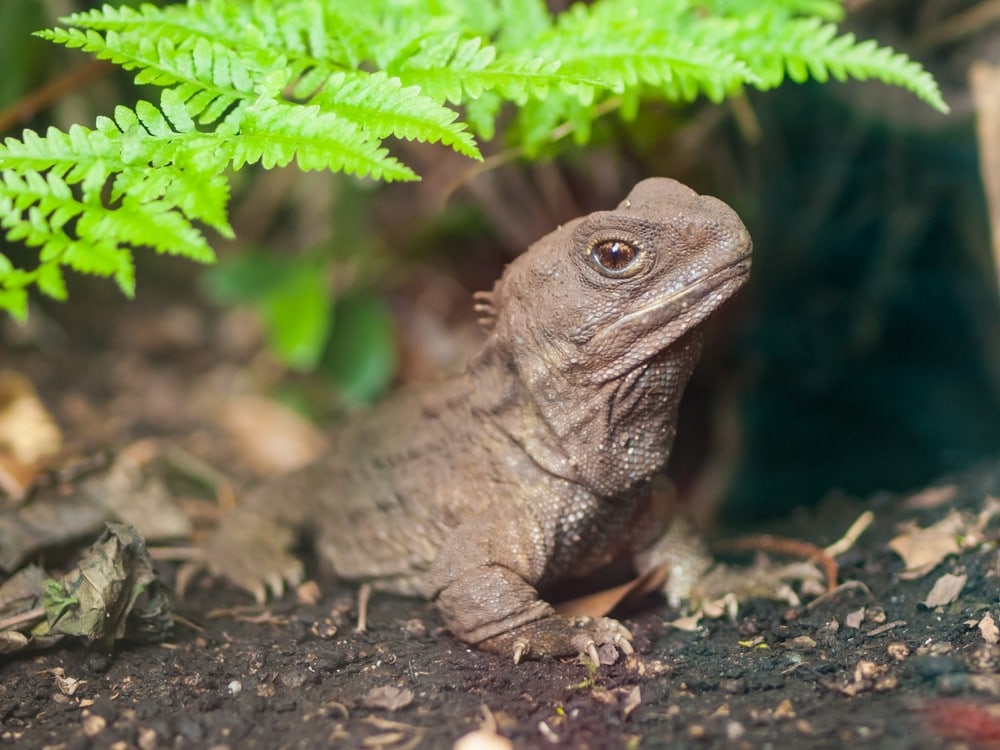 51. New Zealand is the only country in the world where it’s legal to use Hobbit-related images on the official currency.

52. In 2007, a New Zealand couple wanted to name their child 4Real. They were denied by the court, only to settle on the name Superman.

53. The legal limit for names in New Zealand is 100 characters.

54. One New Zealand man legally changed his name to Full Metal Havok More Sexy N Intelligent Than Spock And All The Superheroes Combined With Frostnova. He was almost denied because the name contains 99 characters. 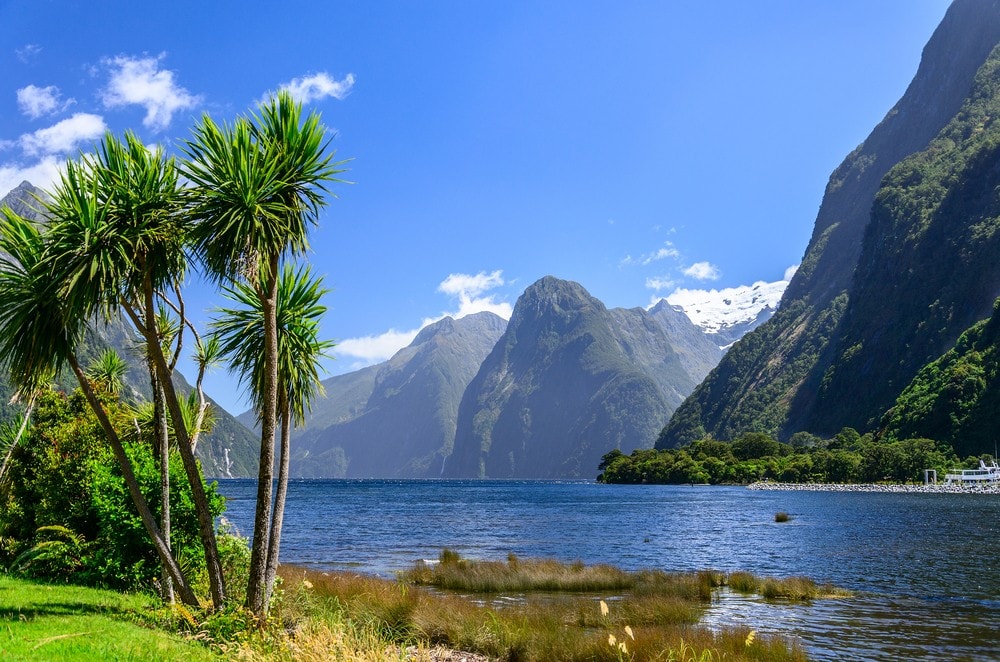 55. There are no snakes in New Zealand, native or introduced.

56. The islands of New Zealand were the last habitable land mass to be populated.

57. Out of all the population of New Zealand, only 5% are humans. The rest 95% inhabitants are animals.

58. Wellington the southernmost capital in the world.

59. Despite being the largest city in New Zealand and more expensive than some other cities in the country, Auckland is among the most affordable cities to live in the world. 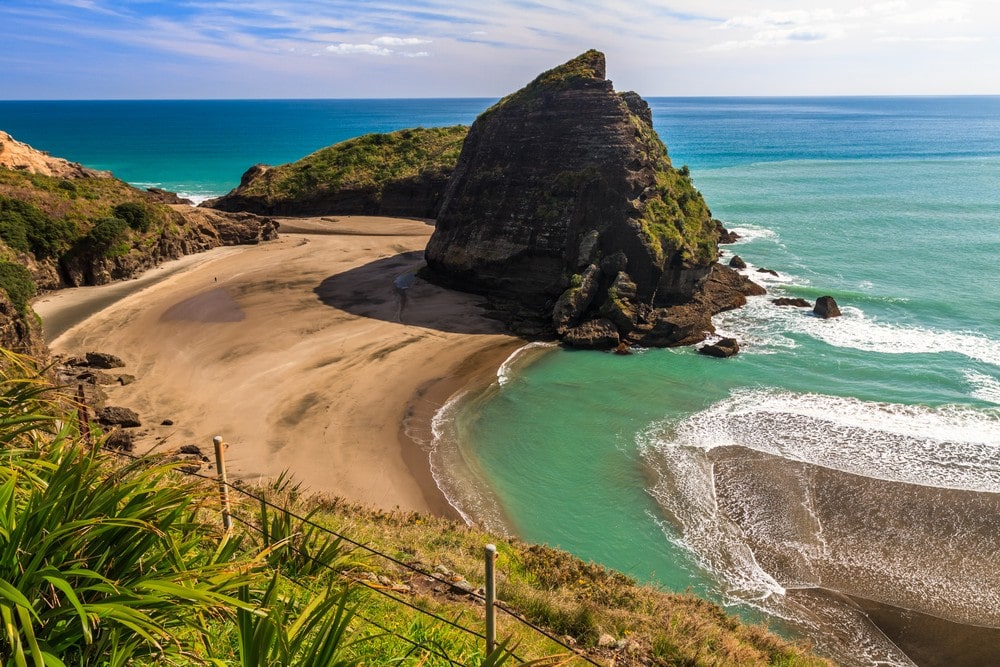 61. Per year, New Zealand produces around 65 kg of cheese and 100 kg of butter per person.

63. New Zealand’s Milford Sound was named the world’s top travel destination in 2008, based on an international survey by TripAdvisor.

64. New Zealand is the home of the organised commercial bungee jumping. 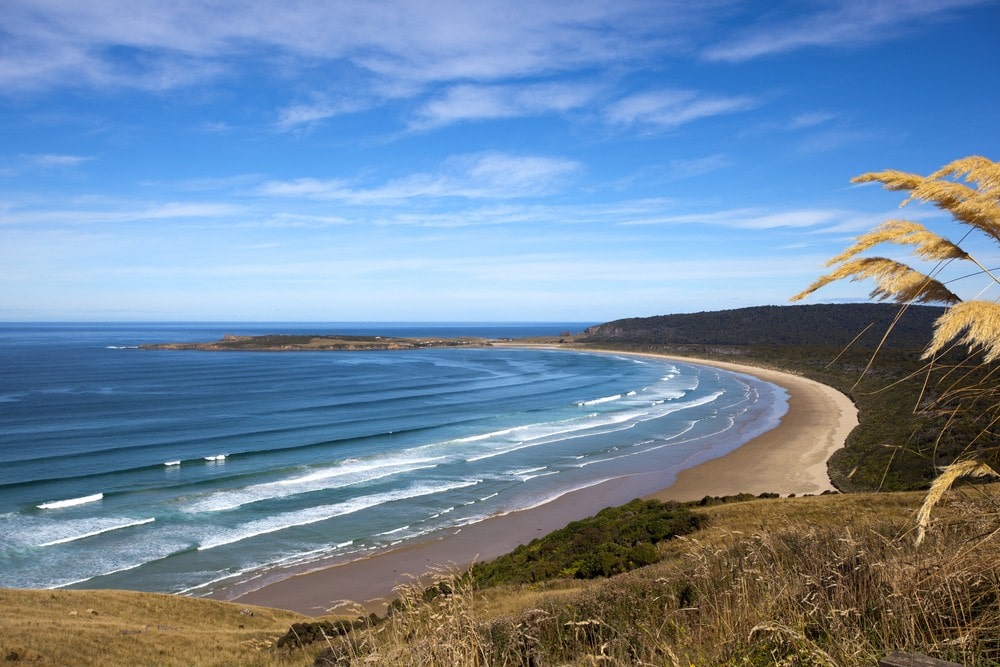 66. In Auckland, one in three households own a boat.

67. The dust from the volcanic eruption in the Lake Taupo could be seen in modern day China.

69. The Gestapo’s most wanted person during the World War II was New Zealand’s Nancy Wake. 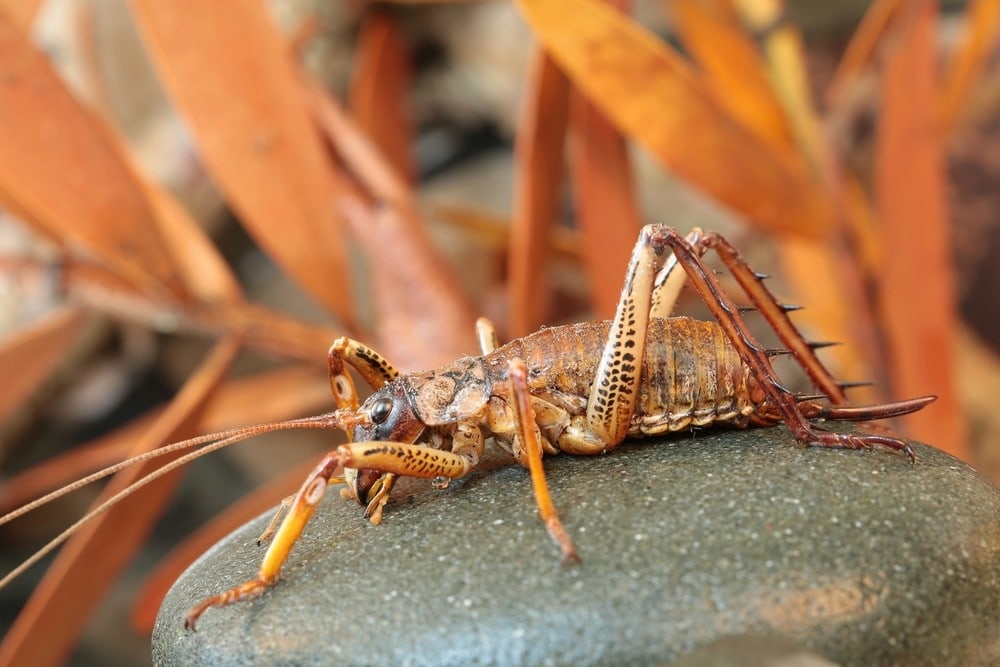 70. New Zealand is home to the heaviest insect in the whole world, weta. This insect is heavier than a sparrow.

72. All beer drunk on camera in “The Lord of the Rings” films was a New Zealand brew called “Sobering Thought”.

74. New Zealand is one of the two countries in the world where drug companies are allowed to advertise to the public. The other one is USA. 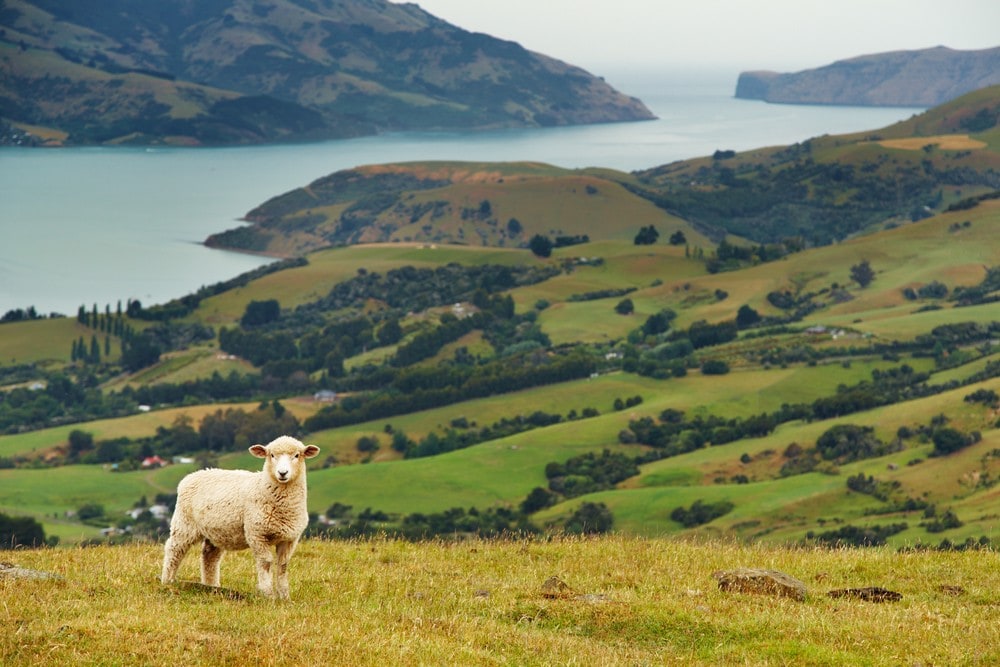 75. New Zealand’s rugby player Wayne Shelford once had his scrotum ripped open mid-game. He got stitched up on the bench and continued with the game.

76. There are more people living in Auckland than in the whole South Island of New Zealand.

77. New Zealand’s government had a preparation measure set for shipwrecks between 1867 and 1927. The measure? Huts filled with supplies on remote islands.

78. New Zealand’s Baron Ernest Rutherford was the person who discovered the proton and the first person to split an atom.

80. All New Zealand high schools and universities are allowed to keep a pound of uranium or thorium but they face a $1 million fine if it explodes. 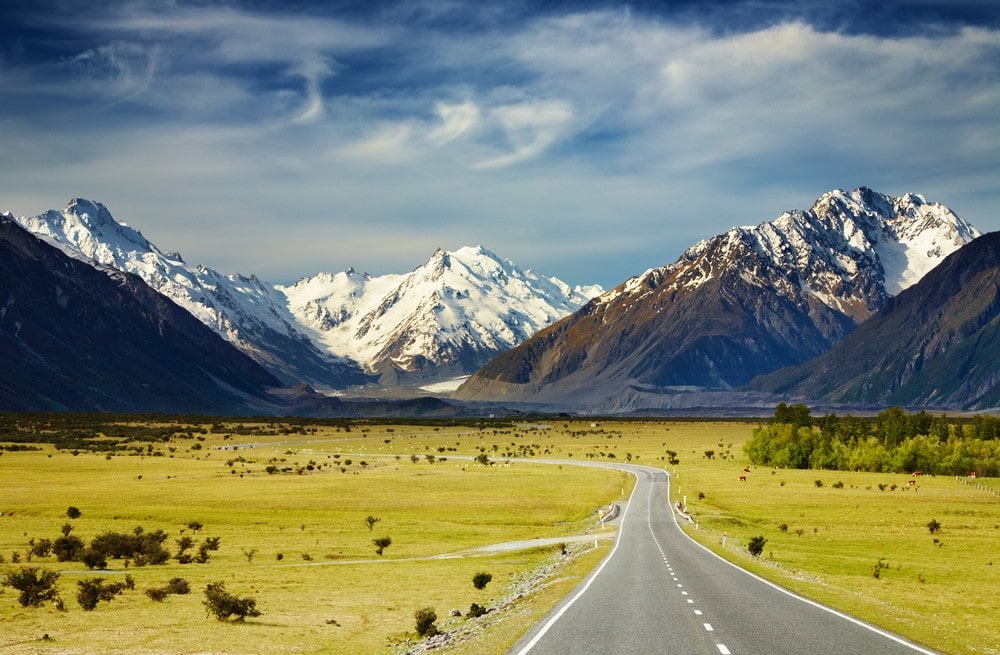 81. Almost all personal financial transactions in New Zealand are done with a card. Cash is used very rarely.

82. According to the Corruptions Perception Index, New Zealand is the least corrupt nation in the world, tied with Denmark.

83. The South Island of New Zealand is the home to a giant carnivorous snail.

84. A clock in Dunedin has been running since 1864 without been wound since it was made.

85. Harold Gillies, the pioneer of plastic surgery, was from New Zealand. 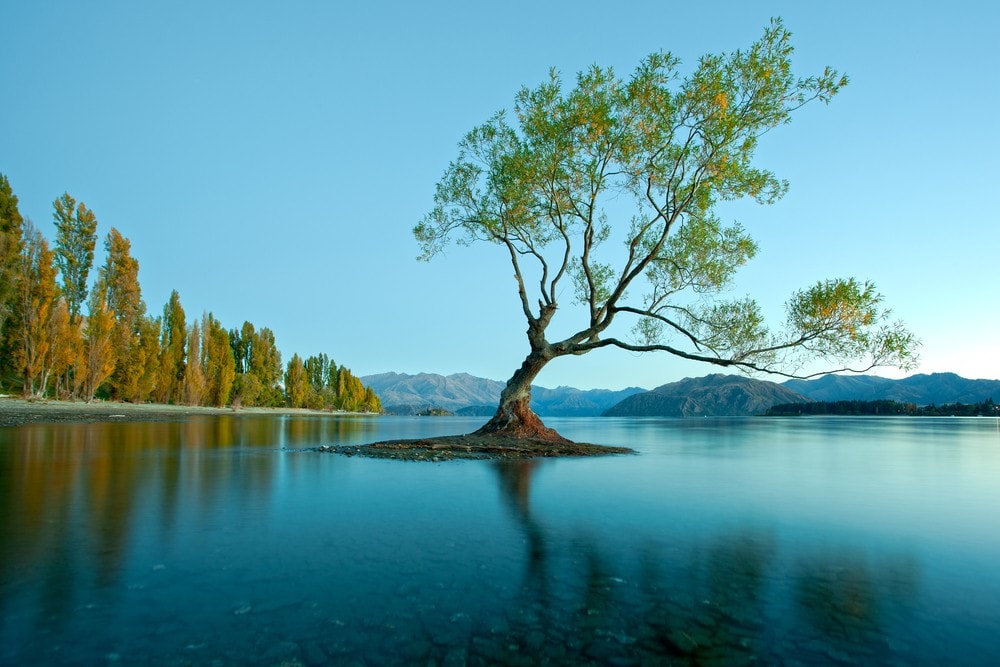 87. In 2006, all of the highest positions in New Zealand were held by women: the Queen, the Governor-General, the PM, the Speaker of the House of Representatives and the Chief Justice.

88. Bats are the only land mammals native to New Zealand. All of the others were introduced by humans.

89. Most of the scenes in “The Lord of the Rings” movies were filmed in New Zealand.

90. New Zealand drives on the left-hand side of the road.

92. New Zealand has the most unique McDonald’s in the world. The one in Taupo is a decommissioned DC3 plane. 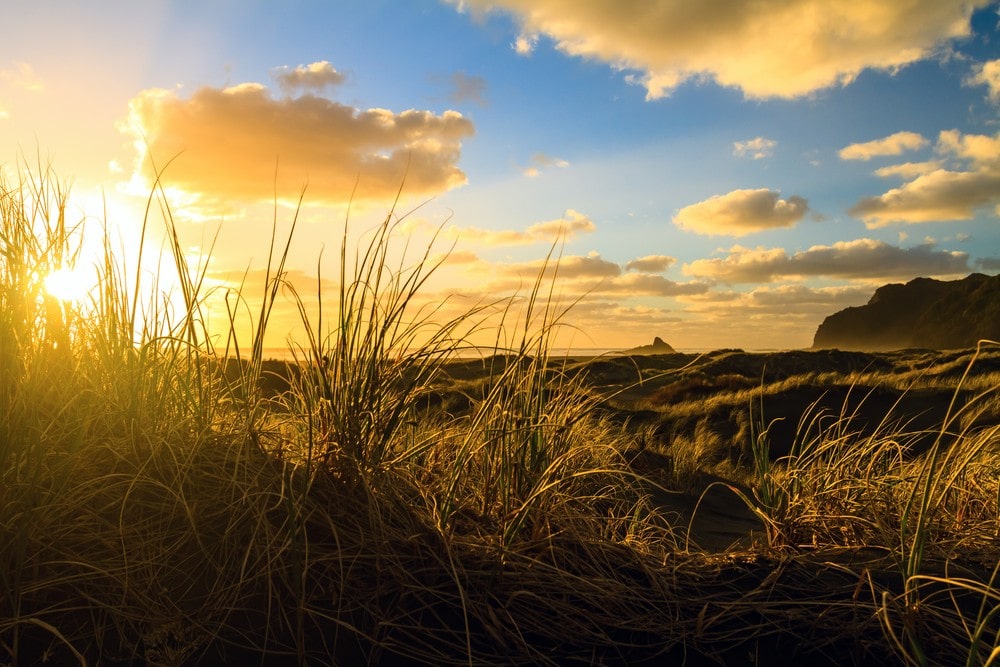 94. The indigenous people of New Zealand are the Māori, who belong to the Polynesian group and speak a Polynesian language.

97. The Māori name for New Zealand is “Aoetaroa”. The name means “land of the long white cloud”.

98. The Māori oral tradition says that they came to Aoeraroa (New Zealand) from a place they called Hawaiki. The precise location of this land is unknown, but it is believed that it might be in the region of the Cook Island. 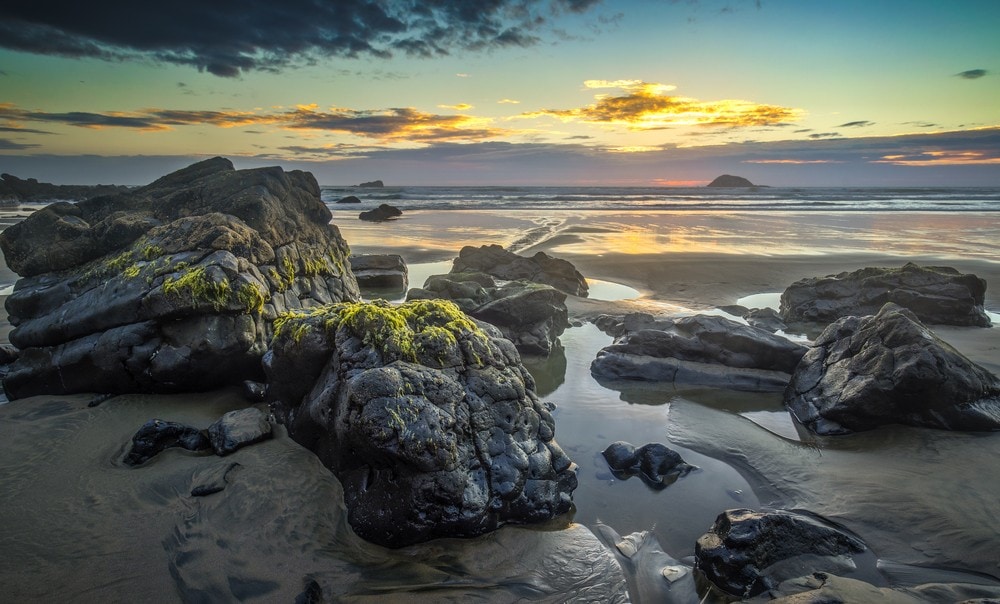 99. There is another group closely related to the Māori, who settled on the Chatham Islands. This group, called the Moriori were almost wiped by the Māori in the 19th century. Tame Horomona Rehe (Tommy Solomon), who died in 1933, is considered to be the last full-blooded Moriori. Modern science, however, points out that Moriori were genetically almost the same as Māori, only culturally different.

100. The British and Māori signed The Treaty of Waitangi in 1840, which established New Zealand as a colony of the British Empire.

Rainbow Beach, we all have our own version of “The perfect beach”, where sugar-soft sands meet electric-blue seas, and all is like in paradise. We knew you would be searching for this dream...

Continue Reading
link to Vietnam vs Thailand | Find Your Next Destination

Vietnam vs Thailand - Which one to choose? Deciding between traveling to Thailand or Vietnam is definitely a dilemma. I say the best solution is to visit both, without having to choose at all, but...